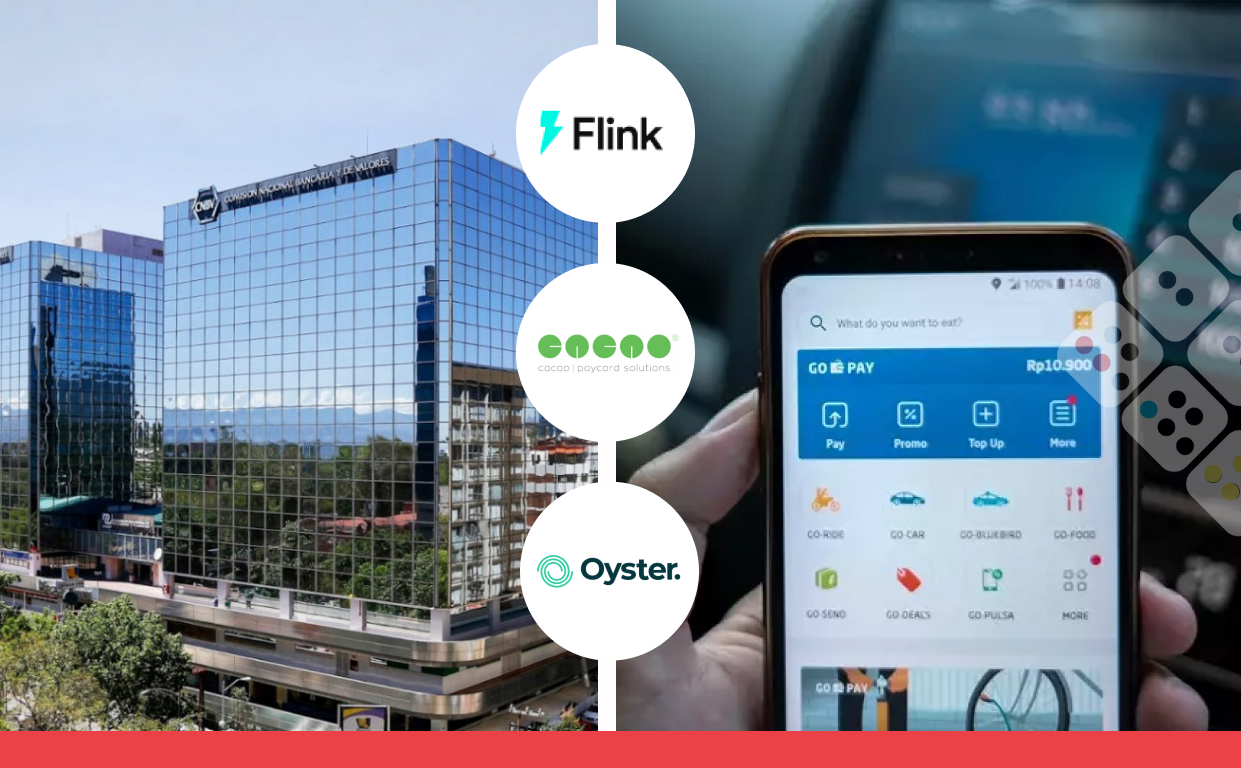 As dozens of Mexican fintech startups wait for licenses under the country’s Fintech Law, others, such as Flink, Cacao and Oyster, have changed direction as a result of a rejection by the regulator

Do businesses without a fintech license have a future? A handful of Mexican companies have had to take alternate routes and turn their businesses around after the regulator turned down their applications for a permit under the fintech law.

Unlike some other Latin American countries, where fintechs can open a business without authorization from the financial regulator, obtaining a license in Mexico is critical for both entrepreneurs and investors that consider the country as a attractive place to set up shop.

Flink is among the firms that failed to win approval from the National Banking and Securities Commission (CNBV) to operate. And in the company’s  opinion, the law ought to be better oriented to the Mexican reality, in order to foster the creation of new businesses.

“Mexico’s Fintech Law is still recent. It has barely been 4 years since it was enacted and, like any new legislation, it needs to be adapted to market demands,” Flink CEO and co-founder Sergio Jiménez tells iupana. The firm now functions as a wealthtech and in May of this year announced the acquisition of Vifaru Casa de Bolsa, a brokerage supervised by CNBV.

“One possible improvement is better communication between the companies and the regulator. It make  the needs and requirements of both parties clearer, which could speed up the approval of regulatory requests,” he adds.

Indeed, the licensing burden is leading several actors to reevaluate their approach — not only fintechs that fail to obtain authorization but also the regulator. A managerial source at the CNBV told iupana that officials are aware of the delays but processing applications is an onerous task. “We are reviewing internally how to make the rules governing the procedures and evaluations more efficient,” the source said.

You may also like: Friday Briefing: Beyond bank commissions

So far, 40 fintechs have obtained the blessing of the regulator, some, such as Mercado Pago, after a wait of almost three years. The consensus in the industry is that waiting times are too long, and that’s the reason Oyster decided to withdraw its application and change its business model from one of a digital bank, to being a provider of payment solutions for SMEs.

It has also led other fintechs to seek a shortcut by acquiring a licensed financial institution. Other business owners have given up altogether.

Carlos Valderrama, a fintech specialist and director of the Legal Paradox, said in may the permitting process has undergone changes. The law firm has advised 30% of the country’s fintechs and has observed an a recent openness by the regulator to authorizing new companies.

“The general feeling is that it is impossible to obtain authorization and that it is very time consuming. Based on my experience, I would say that is not the case, ” he assured this medium in May of this year.

The Mexican law was enacted at the beginning of 2018 and allows fintechs to operate as electronic payment fund institutions (IFPE) — where digital wallets and lenders come in — or collective financing institutions (IFC).

As of October last year, 24 companies had abandoned the process and the regulator had rejected 22 out of more than 100 applications filed before the pandemic, according to a transparency request to the CNBV by the newspaper El Economista. The list of those left empty handed includes Propeler, Cumplo, PayRetailers and UnDosTres, which provides services to Argentine unicorn Ualá in Mexico.

Another CNBV source said the regulator notifies each company directly and doesn’t keep a list of those that have been rejected.

You may also like: Financial supermarkets in Chile: Ripley tests remittances and Bice microcredit

The experience of Flink and Cocoa

Flink emerged in 2018 as a digital platform with a debit card and that same year requested approval to operate as an IFPE. In 2020, as it expanded its digital proposal to trading, its application was turned down.

“When our authorization was declined, we knew that we had to work hand in hand with the regulator to find a solution where we could continue to offer innovative investment products,” says the firm’s CEO. “The first step was to obtain authorization to operate under the investment advisor license and then start the process for the acquisition” of Vilfaru, he says.

The purchase of the brokerage firm is still awaiting authorization. Meanwhile, Flink also plans to start operations in Colombia this year.

Another example of business upheaval is Cacao Paycard, which failed to obtain an IFPE license and was subsequently acquired by Dock, a Brazilian fintech infrastructure company, in December. Cacao provided financial digital solutions to companies under the Fintech as a Service (FaaS) model — a model that isn’t recognized by the regulator.

Among its clients were the companies Clip, Lana and BNEXT. To date, the first two companies have completed their procedures and been approved as IFPEs, while BNEXT, which is of Spanish origin, has announced the end of its adventure in Mexico.

Following its acquisition by Dock, Cacao rearranged its business model to focus on the card payment processing vertical. In addition, Dock hired Cacao’s two founders, Gerardo Bonilla and Jorge Álvarez, as head of revenue and head of expansion for LatAm, respectively.

Bonilla declined to participate in this report.

You may also like: Banks want a slice of BNPL but the challenge is to reach retailers

Cacao’s failure to obtain a permit also had consequences for Oyster. At the time, the company operated a digital wallet for more than 60,000 SME customers and Cacao handled its debit accounts and cards.

After Cacao’s request was rejected, Oyster decided to migrate its business towards the remote payment solution for companies.

Amanda Jacobson, the fintech’s chief of staff, said in May the change in direction was not related Cacao but rather to its reevaluation of payments as a valuable product for SMEs.

“We regret that there is no regulatory model for FaaS in Mexico,” Jacobson said at the time.

You may also like: Payments and alliances: BBVA’s strategy to continue growing in LatAm