Digital payments get aboard public transport 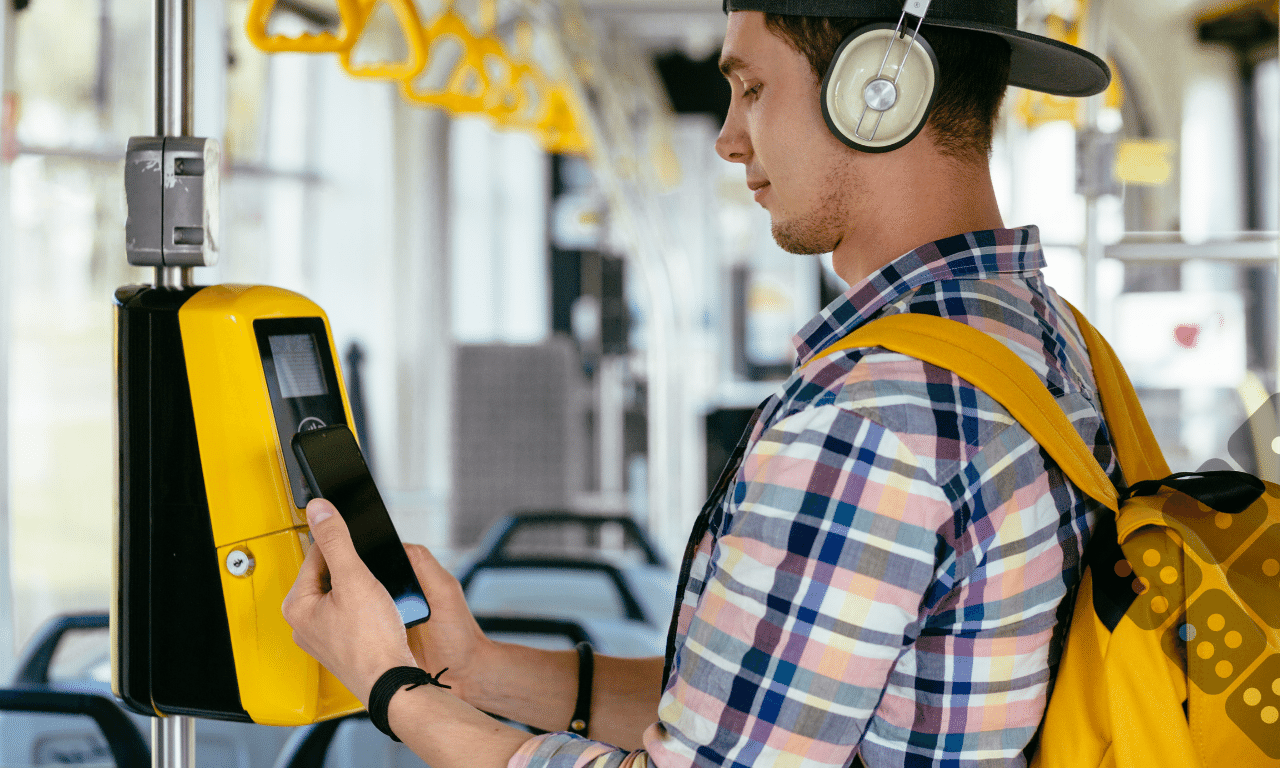 Millions of people in Latin America purchase bus or metro tickets on a daily basis. It’s an opportunity to bring digital payments to a critical mass of users

By Antony Pinedo and Eyanir Chinea

While the use of digital money is experiencing a boom in Latin America, the massification of digital payments requires the breaking down of barriers created by the intensive use of cash in certain areas. Public transport is one such space.

In Mexico’s hectic capital city, more than eight million users use the public metro system each day. Last year, despite by the restrictions on movement demanded by the pandemic, 837 million people traveled on Mexico City’s subway, metrobus and light rail networks.

It’s an economic activity that brings together an extensive value chain of acquirers, technology providers, fintechs, banks, businesses and government bodies; and it represents a big opportunity for the payments sector.

The fintech upgraded its mobile point-of-sale (POS) terminals with NFC technology to allow shopkeepers in around 1,000 small stores to top up MI Cards, even if the customer’s cell phone doesn’t have contactless technology. The travel pass can also be topped up directly using the digital wallet.

“We’re investing in this channel because it will generate user acquisition and retention,” Jorge Cabrera, Mercado Pago’s commercial director for users, tells iupana.

The fintech won exclusive payment rights for MI Card from Mexico City by offering the lowest top-up fee. Its contract runs until the end of 2024.

The project seeks to improve the user experience by increasing the number of places where MI Card balances can be replenished, since not all stations have automatic machines and they only accept the exact amount of cash.

“These shops aren’t the big chains: they’re small shops, neighborhood stores, launderettes, even street stalls, which are everywhere. That’s a big plus. And shopkeepers are happy because it helps bring traffic to their store as well,” he adds.

Building a complete digital-payments ecosystem has become a priority for the financial industry. Although demand for wallets continues to expand, there’s a need for additional technology that will allow these alternative methods of payment to be used at neighborhood stores, street stalls as well as on the at times chaotic public transport network.

You might also like: The end of the POS? Rappi looks to a future of mobile payments

Interoperable payments: From transportation to food

The Lima toll road is used by five million vehicles and 25% of the payments are made using the Pex tag. Likewise, 65% of wallet top-ups are made through its application.

While three hundred drivers an hour make manual payments, electronic tolling is capable of  processing a thousand vehicles in the same space of time.

The company also has a contract with a large shopping center to charge for parking using its wallet and electronic tag, Mónica Chuman, commercial director at Pex, tells iupana.

It also want to enable the technology for fuel purchases at gas stations. Ultimately, Pex’s goal is to create an entire integrated system for vehicle-related payments.

The idea is that “the customer can pay for tolls, fuel, parking at the mall and can also pay with their tag at a drive-thru, such as a Kentucky or a Burger King,” says Chuman.

However, she recognizes that the country needs additional regulation to allow that to happen.

That view is shared by Ximena Azcuy, director of networks and financial alliances for the Americas at Rapyd, a fintech as a service (FaaS) that provides electronic-payment integration.

“We need a little bit of regulation, help from governments. But interoperability will be the key to the massification of electronic payments—even interoperability between countries in the region,” she says.

Latin America has already seen important advances with instant and interoperable payment systems, such as PIX in Brazil, Transfers 3.0 in Argentina or CoDI in Mexico. The challenge now is to have common languages that allow those platforms to communicate with each other, transcending borders.

“Users are becoming increasingly global, so just like today credit cards can be used on all websites, other methods such as wallets should be too,” she says.

Back at Mercado Pago, in the just over two months that it’s been operating the MI Card top-up network, more than 80,000 users have used the service. It’s a first step.

“Whether you pay online, with a QR, with a debit card, mobility is something that you end up paying for day to day,” says Cabrera.