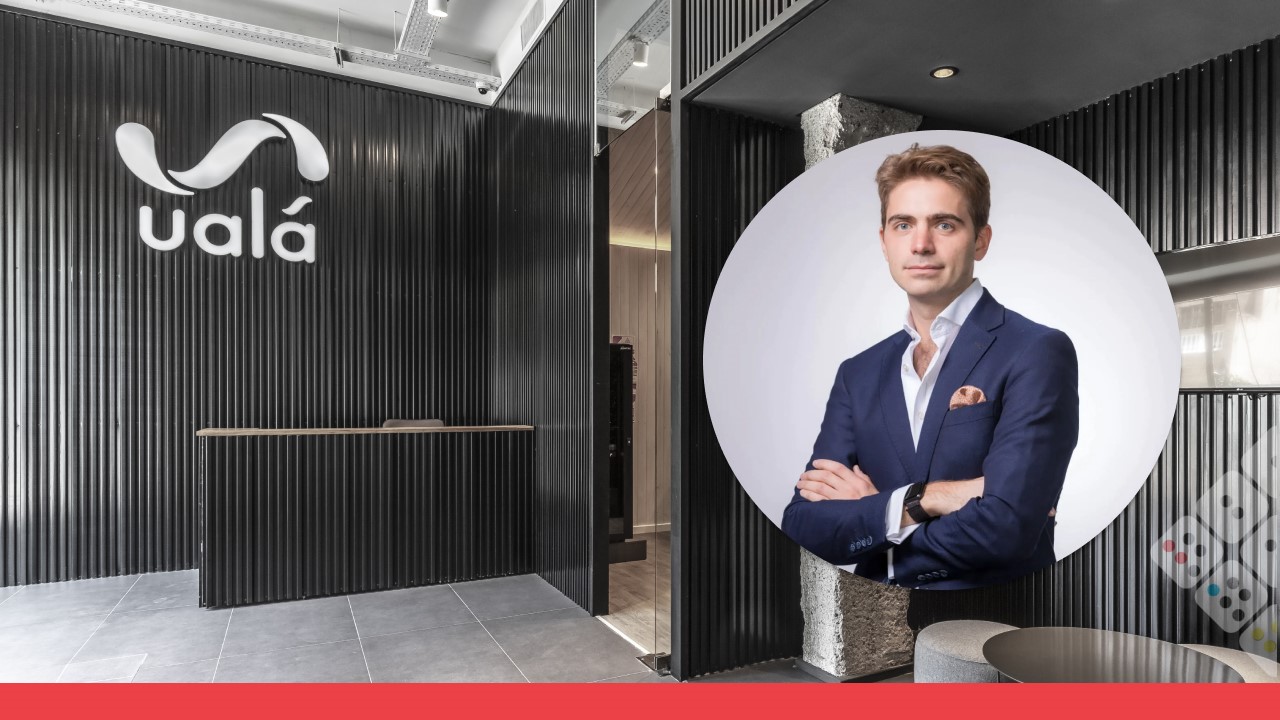 The Argentine unicorn’s founder lays out his strategy for Mexico following the launch of Ualá Bis, a payments service for SMEs, and offers his perspective on the fintech ecosystem

Latin America’s fintech sector has seen record investment flows pour in in the last two years, and there is still a great need for fresh capital, says Pierpaolo Barbieri, CEO of Ualá, the fast-growing Argentine wallet that has designs on some of the region’s biggest markets.

The unicorn, which is valued at US$2.45 billion, is partly a product of that investment boom, which has allowed it to expand across and beyond the fintech sector, organically and through acquisition.

“We believe in the next generation of entrepreneurs,” says Barbieri in an interview with iupana. “Latin America needs capital to be able to grow, start new projects. At Ualá, we were fortunate to have some of the best investors in the world.”

In recent weeks, the company has launched Ualá Bis, a new payments initiative focused on small businesses in Mexico, and announced the purchase of Argentine e-commerce platform Empretienda, emulating the moves of other fintechs such as Brazil’s Nubank, which are testing the waters outside of finance in order to build super ecosystems. The idea is to be present along the entire commercial chain, from customer preferences and marketing to the sale, financing and delivery of products and services.

“It takes money to change money,” Barbieri said following the launch of Ualá Bis in Mexico City. The phrase, which he attributes to a key Ualá investor, serves as inspiration for the construction of its ecosystem, he says.

The firm will initially have US$30 million available for early-stage startups. “It’s a bid to promote competition and new ideas in any sector. We’re investing in an agricultural company, in a health company, in an accommodation company,” he says.

17Sigma will be led by Bianca Sasson, a former Kaszek, and a team featuring industry luminaries such as Marcelo Claure, a former senior executive at SoftBank, and Rappi co-founder Sebastián Mejía. Barbieiri will continue to lead Ualá full time.

The wallet fintech made its debut in October 2017 in Argentina and expanded quickly. In October 2020 it introduced the wallet to Mexico, where it now has about 400,000 customers and, at the end of last year, it bought local lender ABC Capital, enabling it to leverage the bank’s license to expand its portfolio of services.

And while it awaits authorization from the Mexican regulator, it’s rolling out Ualá Bis. The venture seeks to make inroads into the local acquiring market by offering a lower, fixed fee than its competition. It also credits amounts to the account selected by the trader in real time, eliminating a clearing process that takes several days.

“The launch of Bis redoubles our commitment to Mexico, which for us is the future of Ualá,” says Barbieri. “It’s a country three times the size of Argentina and we believe that its potential is basically infinite. The percentage of digital payments and collections is even lower than in Argentina. So, you have a larger, younger, less digitalized population,” he adds.

The Ualá Bis application is accompanied by a mobile point-of-sale terminal that can be ordered through the app and delivered to users, in an effort to reach customers in remote areas.

“We’ll create an entire ecosystem, because people not only need a debit card but also need a collection solution, a method of savings and investment, credit and assistance,” says the Ualá CEO.

“We live in a region where more than 50% of adults were always obliged to use cash. And cash is comfortable, but at the same time it doesn’t allow you to save, invest, have a credit history. Nor does it help social mobility,” says Barbieri, who’s also a trained historian.

Acquiring in vogue: Competing on fees

The Mexican project is part of an industry trend for offering payment services to small businesses, a traditionally underserved sector that is attracting fintech attention. Rappi and Nu have made similar moves by introducing Pay with Rappi and NuPay for Business, respectively.

Barbieri says Ualá’s initiative is likewise dependent on the analysis of transactional information and user preferences. “We base all our decisions on data, not feelings,” he says.

The company aims to differentiate itself with user experience and a product that’s easy to use, although it expects the biggest hook to be competitive fees and immediate transfers.

“In our case, the use of digital media for payments grew a lot the pandemic,” says Maia Eliscovich Sigal, who heads up Ualá Bis.

“There was a 66% increase in digital sales operations. But if we look at the growth of terminals, growth wasn’t so high, at just 26%,” she said at the launch in Mexico City..

“This data tells us that the time to launch in Mexico is now, because clearly there is an opportunity to offer something different to what’s in the market,” she adds.

Ualá has US$100m on hand for Mexico

The fintech continues to expand in South America, having debuted in January its wallet in Colombia, where it can operate as an authorized entity. It launched an insurance and assistance solution in Argentina that can be purchased through its application . And it also introduced an investment platform. Ualá hasn’t ruled out either option for Mexico, but it plans to wait for the  license before making any decisions.

The has US$100 million ready to be invested in Mexico in the short term and plans to expand its local operations with new talent.

“Then we’ll look at other markets. There’s a strong desire to continue growing,” adds Barbieri.