Friday Briefing: Inter gets green light for migration to Nasdaq 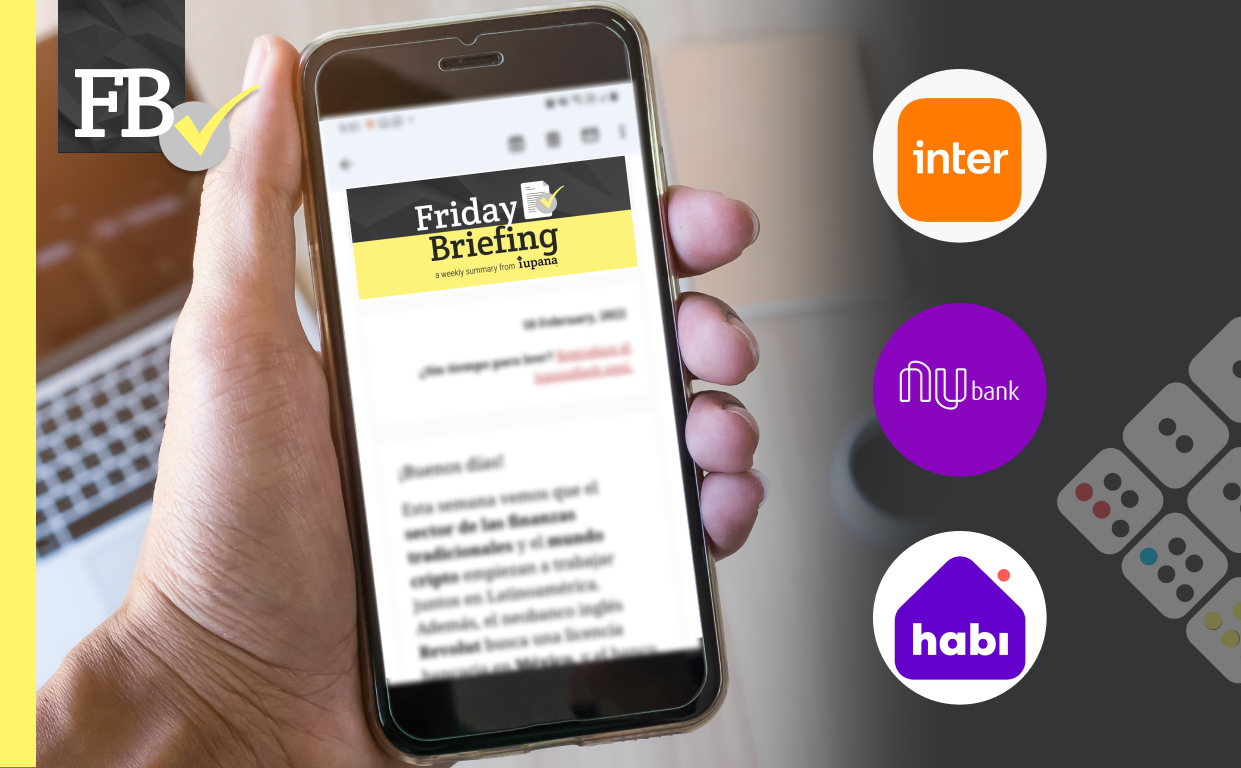 This week, Banco Inter prepares to transfer its shares to Nasdaq. Mercado Pago obtains its operating license in Mexico and inaugurates its investment service in Brazil. And Nubank starts offering crypto trading to Brazilian customers. We also bring you the latest on investments, product launches, and much more in our weekly summary👇👇👇

Subscribe to our newsletter to access our weekly summary of the most important news on digital banking, fintech and payments in Latam.ett