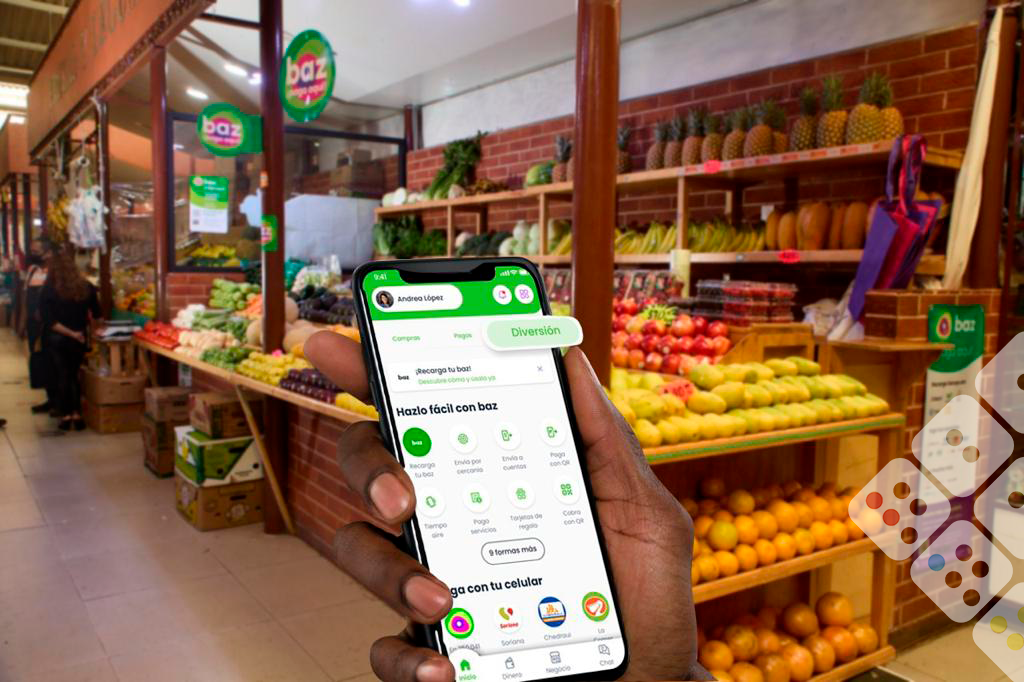 Grupo Salinas’ digital platform, Baz, is building an ecosystem for low-income Mexicans and is adding users at an average pace of one million per mont

Mexico’s lending, payment and entertainment platform Baz has an expansion in the works. In the coming months, it plans to add new forms of credit, acquiring and delivery services, with the aim of creating a superapp incorporating everything from financial products to streaming.

Baz belongs to Banco Azteca, the banking arm of Grupo Salinas, and several of the conglomerate’s businesses converge there, emulating Asian superapp models such as Tencent’s WeChat. It digitalizes and centralizes multiple services, such as a wallet, social network, loans and e-commerce.

It’s a reflection of the trend of multipurpose apps, which are starting to expand more quickly in Latin America as companies tap the vast unbanked population, with transversal business offerings: from product promotion to financing, payment and distribution. And many of them are also developing digital banking channels.

Launched in September last year, Baz is focused on small businesses and low-income groups; it’s a strategy that has already yielded seven million users, 40% of which use the app actively.

“What we’re aiming for with Baz superapp is for our customers to be able to access a very large value proposition all in one place,” Baz CEO Juan Carlos Arroyo says in an interview with iupana. Offerings from other companies will be included in the next six months, he adds.

For now, 98% of the products belong to Grupo Salinas companies. For example, Banco Azteca, which offers digital accounts, payments and cards, and TV Azteca, which shares live content, music and podcasts. Baz also hosts a social network, games, and connection to wifi spots.

“It’s a natural evolution of the world of digital applications […] And we believe that, in Mexico, the population was ready for it,” adds Arroyo.

Other firms in the region are also trying to replicate the success of WeChat or AliPay, which boast some 900 million users each. Two noteworthy cases are Rappi, which has expanded into financial services, and Brazil’s Banco Inter, which has positioned itself in this format with an app offering financial and non-financial products.

Acquisition and delivery in Baz

The Mexican app has signed up almost 850,000 small businesses, including taquerias and convenience stores, to whom it offers channels for payment and digital collection, in addition to features such as creating and publicizing virtual stores within its marketplace.

Next month, it plans to launch an acquiring network focused on small wineries and restaurants, using a mobile point-of-sale terminal. For this, it has deployed close to 2,500 agents to visit shops and promote the app.

Despite growing at an average rate of one million users per month, Baz—like its competitors—faces the challenge of forging a complete digital ecosystem. Demand for digital accounts has grown substantially in recent years, as has the use of card payments: the number of card transactions increased by almost 25% last year, according to data from the Bank of Mexico.

However, the economic reality in Latin American, where swathes of micro-enterprises only accept cash, is limiting the growth of electronic money.

Ricardo Muñoz, marketing director at Clip, a fintech that gained prominence for offering mobile point-of-sale terminals, said that only “one in 10 businesses in Mexico accepts a card.”

In that sense, Banco Azteca is also focused on expanding digital means of payments in the largest economic sector in the country. And in line with that strategy, it plans to add a “hyperlocal” delivery service for street-food stalls or small, family-owned restaurants, which abound in the country.

As an added incentive, it will also finance the purchase of Italika motorcycles (another Salinas Group brand), and offer customers the possibility of self-employment on the platform as a delivery driver.

“We’re targeting the biggest segment and the one we’re used to serving. If we can start monitoring their behavior, we can start offering loans to these businesses for working capital,” says Baz’s Arroyo.

“This is another one of the elements that will bring the business case to life,” the CEO adds.

Baz will be competing in this segment with a growing number of new players—such as Clip, Mercado Pago or Ualá—which in recent months have turned to providing technology for cards, QR codes, payment links and online payments for SMEs.

Mexico, a country of 126 million, has the necessary regulatory support and infrastructure to facilitate the expansion of digital services, Arroyo says. Today, the challenge is bringing the acceptance of digital payments to the same level as digital accounts. He estimates the winners of that race will emerge in the next 18 to 24 months.

“When we’re standing here two years from now, we’re going to be at the point we want to be. This is going to explode and we’ll have a very important growth curve,” concludes Arroyo.