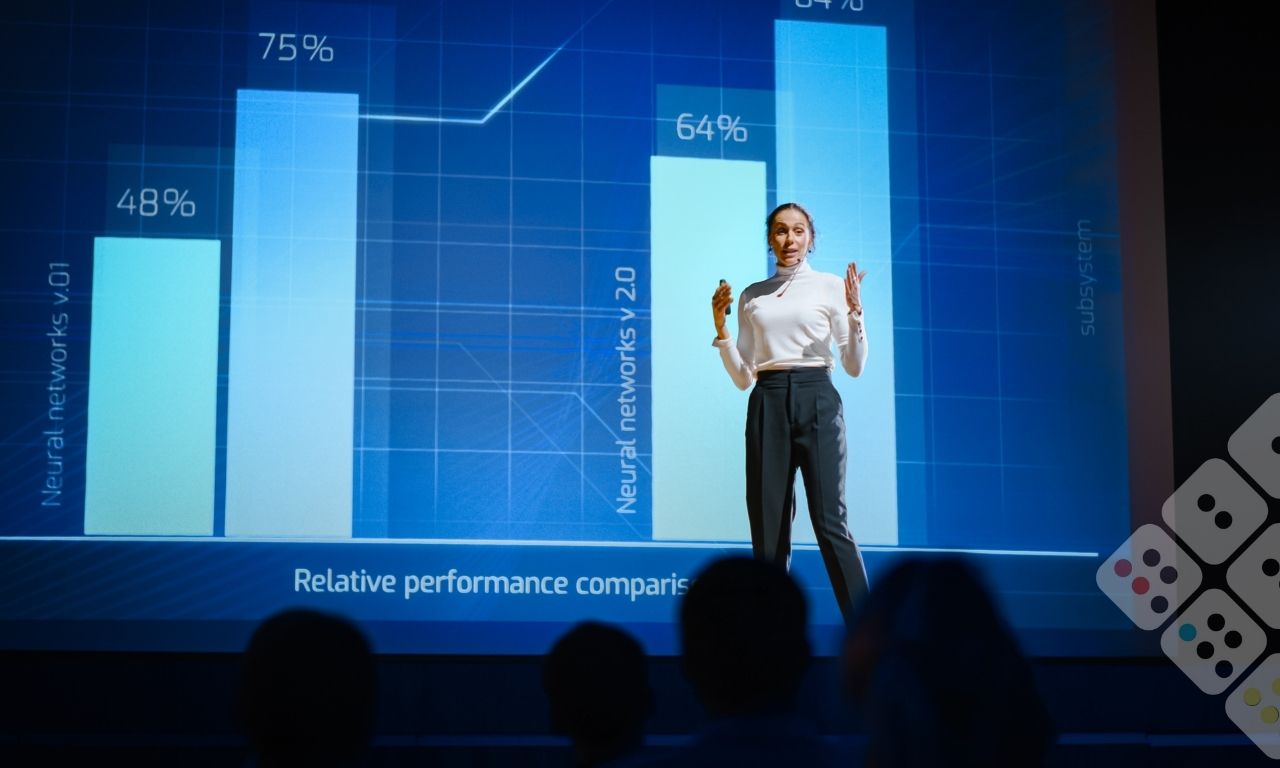 As more women take up leadership positions in digital banking and fintech, the benefits are multiplying – and the implications go far beyond the industry itself.

When Vanise Zimmer returned from founding a women’s university in Germany and took up work in Brazil’s favelas, she was struck by the outlook of young girls: they had few professional aspirations.

At the same time, as an academic who has spent 20 years researching behavioural psychology in tech and gender in digital services, Zimmer knew that as careers and positions become more senior and visible, the number of women in them decreases.

“Computer science is less than 20 years old and it started with a large proportion of women. In the first computer science class at University of São Paulo (USP), of 20 students, 14 were women. However, the proportion decreased as the profession gained recognition,” she tells iupana.

The twin discoveries drove her to establish ElasBank, a fintech company that has a purpose of creating gender equity and financial products adapted for women. ElasBank is in its early stages and has been growing organically — the fintech does not disclose the number of clients. It works based on open banking as an ecosystem, aggregating a variety of investment services focused on women. By using robots and artificial intelligence, the system simulates an ideal wallet for each client’s profile.

At the same time, Zimmer herself is setting an example – that of a female fintech entrepreneur – for others to follow. It positions her in an important category that’s small, but growing.

Just 5% of Brazilian startups were founded by women according to the Female Founders Report 2021, a study by Distrito Dataminer, B2Mamy and Endeavor, which considered some 13,000 new companies.

For fintech specifically, the picture is slightly rosier: A survey from Brazilian Fintechs Association ABFitnechs, in partnership with PWC, showed that 42% of Brazilians fintechs in the market for five years or more had at least one woman on the founding team.

Financial services for women, by women

Encouraging more women to work in digital finance – and rise to leadership roles in the industry – has direct implications for the gender balance of the workforce.

But importantly, as more women take on professional roles in digital financial services, they have a multiplier effect.

By creating financial services focused on the needs of the female audience, women are empowering other women to take greater control of their finances. By doing that, fintechs and digital banks such as ElasBank and Mexico’s Jefa are closing a huge gap of underbanked women and contributing to their inclusion in financial services. Having the accessibility to open their own bank account means a lot for women who have limited independence.

“I think that we have two interesting angles here,” says Maria Pulice, marketing director – LatAm & Caribbean at Temenos, the banking software company. “One is that women can take part in – and embrace – entrepreneurship by launching startups. And the other is that they empower other women to actually be more independent. These types of fintechs that are being started up for women are empowering other women.”

Data from Temenos shows that, in Mexico, 35% of women would change their bank if it had a better service offering. And 17% believe that their bank still does not deliver the digital services that they need.

“As wives and mothers and entrepreneurs, women are on the go. We see from the responses centered around digital services that they need banking that is flexible enough for them to bank the way they live – squeezing in five minute breaks, or after-hours when the work day is done or the kids are in bed,” says Pulice.

Zimmer, a mother of three, says she aims to help other women to pave their way for a sustainable financial future. “Women do not take part in the debate of money and economy,” she says, noting that, after returning from Germany, where she was among founders of a university focused on women, she decided to study investments.

“It called to my attention the fact that there were almost no women – and how they thought differently from men,” Zimmer says. Along with her husband, who had worked in finance for several years, she began to work on what would culminate in ElasBank.

“There is a power relationship established in financial relations and they are more archaic than others. Women have been sexually freed but have not taken care and leadership of their finances, nor became investors, nor to pay bills or undertake a business. We are still very limited in the financial field,” Zimmer says.

Bridge to the financial services

Finance services is an industry that has been particularly male-dominated, with women holding less than 10% of senior positions, noted CFO of Mexican neobank Jefa, Malavika Chugh. “In Latin America, however, women are stepping up as fintech leaders, with five times as many female-founded fintechs as the global average,” Chugh says, adding that less than 3% of all venture capital investment goes to women-led companies.

“Fintech and financial services are an industry that has particularly been male in senior positions. I think in Latin America, specifically, women are stepping up as fintech leaders. There are five times as many female founders in Latin America than the global average,” the CFO adds.

According to Chugh, women-founded fintechs have raised 1% of total fintech investment in the last ten years. Jefa – similarly to ElasBank – is building a mobile-first digital bank for women.

“Essentially, there are 1.3 billion women in the world that don’t have a bank account,” says Chugh. “It means they have no access to formal credit, no savings, and no way to really grow their wealth. And during the pandemic, this was even more highlighted.”

In the beta phase, Jefa seeks to go against the current trend for fintech startups, most of them founded by men, to offer services designed by men and for men. For instance, the CFO says, women like to see options before making a choice; female entrepreneurs have unmet credit needs and often they struggle to even open bank accounts because of the need to go to a physical bank branch.

According to the CFO, women respond better when they’re given options and they’re able to make the decision that empowers themselves directly.

Jefa was founded almost a year ago by Emma Smith, who was previously a cofounder of a fintech firm in Africa. “So she has a lot of experience in building in economies that don’t have a lot of digital financial services. And she saw that over 85% of users were male and that just begs the question of why aren’t women choosing financial services that are digital?

“That’s what led her to start Jefa and today we will be helping to expand into the rest of Latin America and the Caribbean,” Chugh says.

Having women in leadership encourages others to follow the path. Zimmer points out that in traditional financial institutions females represent less than 30% of the workforce and the percentage is even lower when considering management positions.

C6 Bank has two initiatives aiming at reducing this gender gap. The Brazilian bank has established an internal commitment to increase the percentage of women in leadership positions and to ensure that, in selection processes for senior management, there are equal proportions of male and female candidates. Currently, about 35% of the workforce is female.

With this effort, C6 Bank seeks to follow market best practices and follow the gender equality movement proposed by the UN Global Compact, which encourages companies to ensure the full and effective participation of women at all levels of decision-making and in all spheres of society.

C6 Bank has also launched a women’s mentorship initiative headed by Daniela Vieira, who’s also responsible for software quality assurance. The program began last March. “There’s a lack of women in technology, it’s not only in C6, but in general and, if you take a deep look, it’s greater in the financial sector. If women do not graduate in IT, we won’t have them in the workspace,” says Vieira.

When developing the pilot program, it aimed to provide mentorship to 15 women, but it ended up gathering 50 people aged 16 to 37 years. “It was a very nice surprise from both sides: from people from C6 Bank willing to be mentors and a huge interest from the girls,” Vieira says. It’s a 4-month professional advice program in which each mentor conducts seven meetings (virtually, due to the pandemic) to share experience and give career advice as well as a group workshop.

On her own, Vieira has also put together an initiative called Test Girl. When it began, in 2017, the project aimed to teach girls to code. It has expanded to become a monthly meeting where workshops and talks take place to help girls conquer the IT space.

The project attacks one of the biggest challenges that Zimmer identifies for women in digital financial services: confidence.

“Women have difficulty in trusting their ability and in believing in their competence to be in the Steam [science, tech, engineering, arts and mathematics] area,” she says.

The winds of change are blowing. “Women have to embrace their own destiny and explore this world of service provision for women, which is a segment still unexplored. I believe more and more women will embrace this,” says Zimmer.