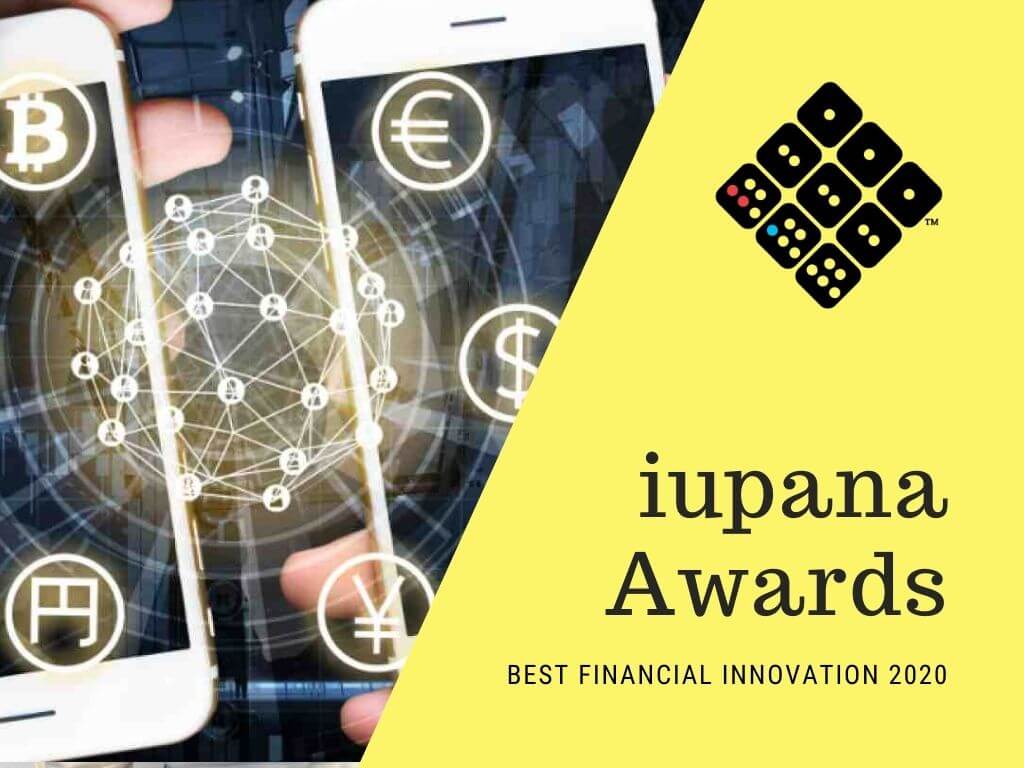 iupana Awards for Innovation in Financial Services 2020: Las Disrupciones. Here are the most innovative fintech and digital banking projects launched in Latin America in 2020

2020 has been a year of change, adversity, learning… and lots of innovation.

Amid lockdowns, business closures, the economic crisis, and skyrocketing unemployment – not to mention the deaths – of this tragic year, the banking and fintech industry delivered many innovative services to improve the situation.

At iupana, we have seen a vast number of digital financial projects that have driven the economies of Latin America: digitalization of payments for SMBs, personalized credits, digital channels of access to state grants, and much more. Projects like this are critical to continue paving the way to financial inclusion, and to enhance the social role of the industry.

So to recognize the advances in innovation in the financial sector in Latin America in 2020, iupana is pleased to present the iupana Awards for Financial Innovation 2020: The Disruptions.

The iupana editorial and analysis team chose the winners, taking into account the evaluation criteria (innovation, intelligent use of technology, overcoming challenges and impact on the market) as well as nominations from many players in our industry, and the knowledge gained from their own experience covering the market.

As such, iupana is pleased to present this year’s winners of the iupana Awards for Innovation in Financial Services 2020: Las Disrupciones:

When the pandemic hit, Rappi and SafetyPay acted quickly to bridge the gap for Latin Americans who did not have a bank account but needed to access digital deliveries. Their partnership allows payments through cash and bank transfers for Rappi services, without sharing information online.

The biggest challenge of this collaboration was turning a physical process into a frictionless digital one, Arturo Barrientos, vice president and head of global account management at SafetyPay told iupana.

By supporting cash transactions, Rappi’s delivery workers faced new risks. As a result, the payment enabler adapted more than 20,000 locations in Mexico where “rappitenderos” (workers) could make cash deposits, without running the risk of physically moving the money. Across Latin America, there are now 180,000 such cash-in points.

A key factor for success was that SafetyPay’s digital infrastructure allows real-time confirmation of cash transactions, through an automated process that has already accounted for 1 million transactions to date.

“The fact that a service can be as easy to use as Rappi, and that everything is transparent and automatic has helped to boost local economy, and to demystify the fact that ‘if I don’t have a credit card, I can’t access these services’,” said the SafetyPay representative.

Although this alliance is only available in Mexico, Brazil and Ecuador, the partners plan to implement it in Costa Rica in the first quarter of 2021, in addition to continuing to explore new trends and payment alternatives, such as PIX from Brazil.

“We are very proud of what we do. In our current situation it has allowed consumers to purchase goods and services, and local business owners to continue to sustain their sales. Beyond a solution or an alliance, the social impact it has had is sometimes overlooked, and I think it that is one of the most important aspects,” added Barrientos.

In the middle of the year, Unicomer Group, a conglomerate of retail chains, launched its first fintech application called Emma, a solution that allows QR-code payments and credits at the points of sale.

The tool was developed as part of the strategy to digitize financial transactions in the dozen retail chains that are part of Unicomer throughout Latin America. The implementation started in Costa Rica and Trinidad and Tobago, and the expansion aims at other countries where the Group operates.

Unlike Costa Rican fintech companies, Emma grants credits between $3,000 and $4,000 USD, as opposed to the $300 to $400 USD offered by other financial startups in that country.

Additionally, Emma is not operationally exclusive to Unicomer, but has also been adopted by other retailers, including competitors, such as iShop. The goal is to affiliate more than 1,000 stores in each of the 24 countries in Latin America and the Caribbean where they operate.

In this manner, the database, operated solely by the Group, will be fed by all affiliated businesses. Currently, 70% of the borrowers are existing clients, and 30% are new ones. The goal is to convert 25% of the existing client portfolio to Emma, once the application is enabled in each country.

Banco de los Trabajadores (Bantrab) in Guatemala faced the pandemic with a major challenge: to develop an application with an inclusive approach.

The result was YOLO, a financial solution that Bantrab began work on in March, at the beginning of social distancing restrictions and store closures throughout Latin America. The idea, explains Michel Caputi, the bank’s CEO, was to focus on a large project, and not on the complex situation of that period.

After four months of development, YOLO was launched, and became the first digital wallet developed by a bank in Guatemala.

Initially, the wallet began by offering transfers between BanTrab accounts, but today it allows interbank operations, debit card requests, and the generation of a PIN to withdraw cash without the need for a physical card, among other functions.

For the CEO, financial inclusion is still an area with many challenges in Latin America, especially because it is associated with an attitude of “mistrust” that must be addressed with “much analog interaction,” and then promote greater acceptance of technology.

“The issue of banking in Latin American countries is not as simple as having cute apps, or having very powerful apps. You have to support them a lot with financial education and analog support. There has to be a lot of interaction and education in the implementation process,” he says.

In the midst of uncertainty unleashed by COVID-19, Banco de la Provincia de Argentina (Bank of the Province of Argentina) accelerated the launch of Cuenta DNI, its digital wallet with an inclusive approach, which facilitated the delivery of the Argentine government’s emergency financial assistance – Ingreso Familiar de Emergencia or IFE – to hard-hit families.

The wallet project had been operating in a closed ecosystem with family and friends since last year. The bank fast-tracked the initiative with the onset of the pandemic, launching it to the market in April. That same month it enrolled more than 500,000 Argentines – many of them new to the financial system.

Government subsidies have catalyzed digitalization and financial inclusion at the Latin American level. For iupana, Banco Provincia’s solution stands out for being a wallet that by itself managed to reach a very large number of people in record time, not only providing a means to receive financial aid but also incorporating thousands of Argentines into the formal financial system.

The initial challenge posed by Banco Provincia was to reached the unbanked sector, so they opted for a solution that would be quick to adopt and with minimum friction. New users can sign up digitally with just an ID number, in a process that takes 2 to 3 minutes.

Beyond channeling government aid, the Argentine bank also opted for features that would be used over the longer-term, such as sending money, cash withdrawal, contactless payment in stores, cell phone recharges and public transportation service.

Currently, Cuenta DNI has more than 2.3 million users, and announced that it is now compatible with any other financial application in the Argentine market, an action it performs by generating a single QR code standardized by the Central Bank.

dLocal is a cross-border payment platform that connects global companies with emerging markets. This year, the Uruguayan startup rapidly scaled internationally as a result of the e-commerce explosion generated by COVID-19.

The fintech company uses APIs to connect customers and merchants and, through a single integration, can offer payment methods in more than 25 markets where it operates.

Demand from large companies to expand their customer base with the addition of alternative payments is what has allowed dLocal to rapidly scale up in the region, and expand to other continents.

In just four years, the startup has managed to offer its services to more than 450 companies around the world. This year in particular, it started operations in Nigeria, hand in hand with Microsoft.

In addition, they also work as distributors of mass payments, as a provider of payments to Uber drivers, and to those who rent houses through Airbnb, among other features. In short, the company provides all the technical and operational methodology to connect means of payment.

From their offices in Montevideo dLocal says that “flexibility” has been a key element in facing the challenge of internationalization. The formula, they say, “is to listen to the client, map the challenges, and establish an execution deadline,” said Candelaria Rodriguez, dLocal’s business development head.

This year, dLocal also raised $200 million in a funding round led by General Atlantic.

With this new capital investment, the business is now valued at USD $1.2 billion, making it not only the first “unicorn” in Uruguay, but also one of the most valuable Latin American fintechs companies.

Join the global financial technology leaders who read iupana’s Monday and Friday briefings
← Nubank offers insurance, Itaú moves to the cloud Customer experience: Can banks have it all? →
Tweets by @iupana