LatAm fintech investors retreat to pockets of safety amid pandemic 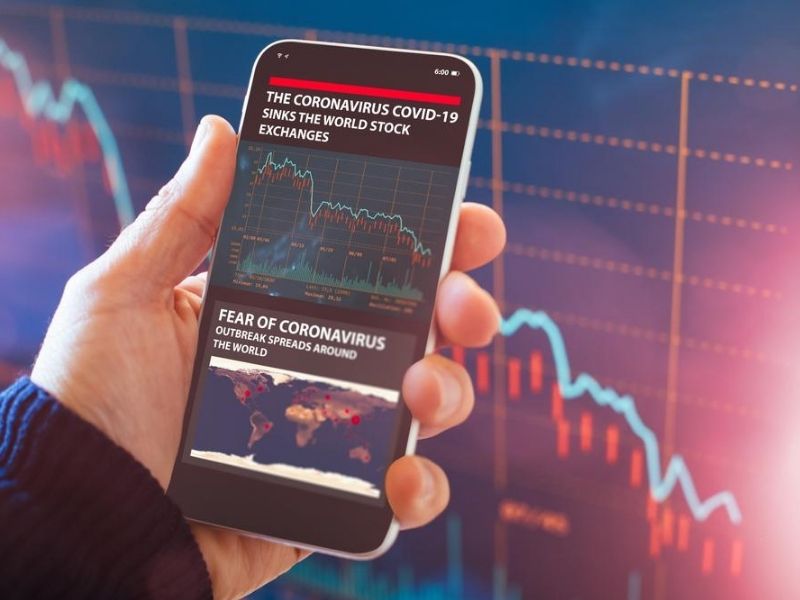 VCs say long term potential is clearer than ever, but investing now is riddled with uncertainty

Fintech investors say Latin America is bursting with long-term potential – but that immediate uncertainty is making them highly cautious about new rounds as the pandemic evolves.

The comments come as Latin American fintechs grapple with a huge decline in venture capital investments compared to last year, at the same time as they face a troubling macro-economic outlook.

“Deals will still get done. But a $10 million seed round off a PowerPoint? Those days might be behind us,” said Jenny Johnston, who manages LatAm investments at Flourish Ventures, an impact investor.

Latin American fintechs have continued to raise new rounds of venture capital, but the pace is far from the peak reached in 2019.

Investors say uncertainty over the economic situation has pushed them to act cautiously.

“Many investors have been in ‘wait and see’ mode for the past four months. We’ve seen some bets on the sector, but the majority of investors are waiting for the situation to calm down – then things will start to accelerate.”

Despite the caution, fintech venture investors say they are still bullish on the long-term outlook for fintech in Latin America.

“Our view is that, over the long term, the trend for fintechs remains very positive,” says de la Guia.

Many funds are well-capitalized themselves and have capacity to make new investments. Quona Capital closed a $203 million fund for financial inclusion in emerging markets in March, and when Flourish Ventures was spun out of Omidyar Networks early last year, it had $300 million to invest.

The region needs innovation in financial services, say investors, and fintechs are best positioned to cater to that need.

“The massive structural inequalities in Latin America have not gone away. If anything, they have been exacerbated by the crisis,” says Johnston. “There’s also been an acceleration of digital adoption. I don’t know if we’ll see high use of cash return. Those are opportunities that have been accelerated by the crisis.”

What’s more, the fintechs that are able to ride out the crisis will be among the best bets in the long term, says de la Guia.

“Often, startups that are formed in times of crisis offer better investment opportunities. Valuations get compressed, traditional competitors are focused on their core businesses, and the ‘halo effect’ – which generates copycats and creates noise – disappears. As an investment class, VC vintages that invest post-crisis often generate good returns.”

Despite the long-term optimism, right now many investors are retreating to selected areas of investment, rethinking their perspectives on winning sectors, and waiting out the worst of the crisis.

As a result, fintechs are finding it harder to raise capital and, across the market, startups and investors say deal pricing has shifted substantially.

Still, investors say they are looking favorably at challenger banks and back-end financial infrastructure providers. And for the most part, fintech lenders are out of favor – although there are a few exceptions.

Modern infrastructure providers, of the kind that enable partnerships between financial and non-financial services, present an interesting growth opportunity for some investors.

Flourish participated in a $3.3 million seed round for Swap, a Brazilian banking as a service player, last month.

“The covid-19 crisis has shone a spotlight on how much infrastructure is broken,” says Johnston. “Connecting cards schemes, payments processors and banks can be incredibly cumbersome… and globally, non-financial services companies have developed massive trust bases. Back end infrastructure players can capitalize on that growth.”

Quona sees opportunities in the area, also. “There’s a trend coming for next-generation infrastructure,” says de la Guía. “The first fintech wave was for startups that serve consumers and SMEs – in the next wave, we’ll see more actors that offer infrastructure for others to build new financial services on top of. I don’t see it as a winner-takes-all market segment – there are very diverse needs in the sector and there’s space for several successful fintechs.”

De la Guia also pointed to challenger banks as a promising opportunity. “It’s increasingly clear that traditional banks’ customer service is not what most people are looking for. And they have a disadvantage in innovation, with enormous fixed costs and heavy IT investment requirements, just to maintain their existing systems. From payments digitization, to growth of active mobile users and more interest in saving, we see a positive medium to long term outlook for challenger banks, without a doubt.”

See also:B89 aims to break the “near-oligopoly” in Peruvian banking

Credit fintechs in Latin America are one area where investors are treading cautiously.

They point to rising non-performing loan rates and a lack of clarity around risks: with the wave of employee furloughs for example, it’s hard to analyze the credit risk of individual borrowers.

“Credit risk evaluation right now calls for a lot of caution, because in the middle of the storm there are no good data sources: credit bureaus are not up to date, it’s not clear who is employed and who is not, and a segment that previously was considered prime might no longer be,” says de la Guía. “In the medium to long term, the credit gap and the opportunity remain huge, but in the coming months, we will move highly cautiously.”

Yet fintech lenders continue to raise capital. Colombian digital lender Zinobe raised a $30 million credit facility with Monachil Capital Partners in May, while point of sale lender ADDI raised $15 million in a round led by Quona in June, and Brazilian SME lender BizCapital closed a $12 million Series B led by DEG Investors the same month.

Sagan, whose firm Arc Labs lends against assets originated by technology companies, says that “smart” credit fintechs today are taking a cautious approach themselves to new loan originations as the crisis unfolds in the region.

Yet, across Latin America, the market for small business loans is still “tremendously underserved”, he says. And while unsecured lenders have “gotten pummelled” during the crisis, he sees potential for more secured consumer lenders to grow market share.

“Once we make it through, there will be great opportunities,” says Sagan. “Banks will recede, and fintechs will have an opportunity to grow. There’s a unique opportunity for fintech lenders that are well capitalized.”