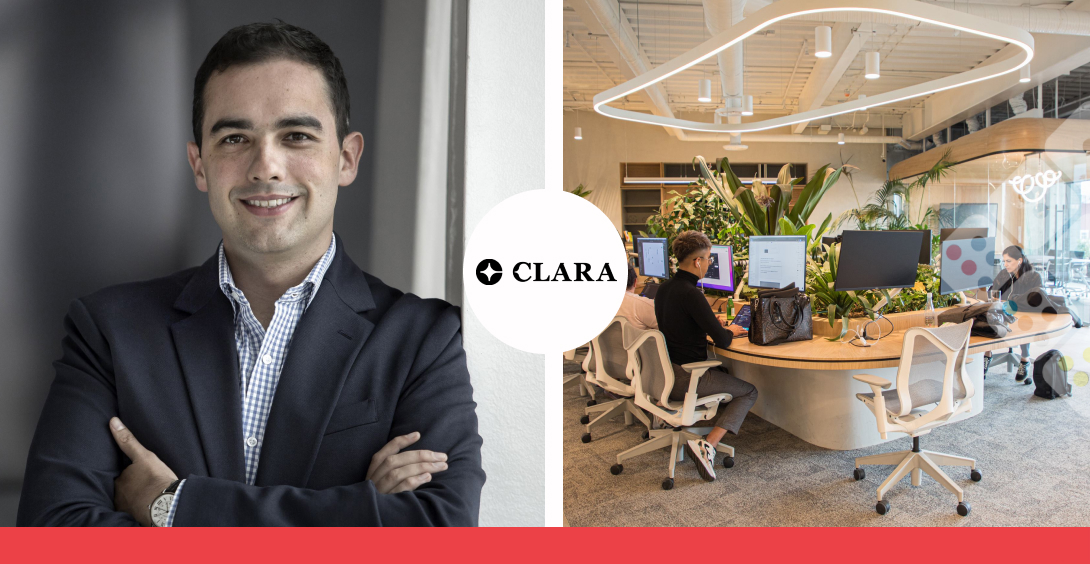 Mexican lending fintech Clara has started the groundwork for an international share sale next year, taking advantage of strong demand for its lending products and a solid financing plan, according to CFO Rodrigo Aparicio.

Aparicio, who left his post at 3M to join Clara two weeks ago, has been tasked with fulfilling the unicorn’s aspiration to go public. Despite the pessimism about the global economic climate, the company hopes to bring in fresh capital to expand its business, which is dedicated to business credit cards for small and medium-sized enterprises (SMEs).

The executive says a key pillar of the firm’s growth strategy is obtaining lines of credit to finance SME lending in Brazil and Colombia, having lined up US$150 million from Goldman Sachs in August. At the same time, it plans to put money into technology and product development and step up lending in Mexico next year.

“Our focus is on continuing to expand our lines of credit, which will allow us to transfer this financing to companies in Latin America and thereby reach our breakeven point,” he says.

Clara is planning on preparing the ground for an initial public offering (IPO) in the “short term,” even despite the challenging economic environment, the executive says.

“At Clara, we think it’s time to become more sophisticated, to start taking steps in that direction [towards an IPO] so that when the opportunity arises, we are prepared and it’s the right time to do it,” he adds.

You may also like: Stock market, Acquisitions, Internationalization: Covalto’s route to growth in the fintech arena

‘Being prepared’ for an IPO

Clara is following in the footsteps of Covalto, which in August announced plans to sell shares on the Nasdaq exchange via a special purpose acquisition company (SPAC) in the first quarter of next year. Both fintechs have their main operations in Mexico and specialize in providing technology and financing to SMEs, underscoring this market’s potential.

Clara has grown rapidly: it achieved unicorn status within a year of commencing operations and taking its SME credit and payment software to two other countries.

According to the fintech, this formula is bringing it closer to reaching break even and turning a profit. It’s a challenge facing many fintechs that continue to burn cash to develop platforms, make acquisitions and expand their teams.

Aparicio says Clara is still in the early stages of going public and is evaluating taking the same route as Covalto — merging with a SPAC. “Most likely it will be in an international market, not a local market, simply because of the market dynamics, because of where our investors are,” he adds.

The company has begun to test the appetite of investors and is getting positive feedback, Aparicio says.

That’s despite the difficult market conditions: Valuations for some of the biggest global fintechs collapsed this year as a result of concern about slowing global growth and rising borrowing costs.

You may also like: Friday briefing: Traditional license digital bank = ?

Fintech IPOs: Is it the right time to go public?

The rising cost of capital is reflected in the absence of investment rounds above US$300 million in Latin America this year, unlike in 2021, which saw record equity financing rounds.

However, according to Aparicio, the old adage that “crises are opportunities” holds true.

Some companies started preparing IPOs last year “when the cows were fat” and now, despite having everything ready to go public, they have had to delay their plans because the outlook has changed.

“The best time to start is not when the market is ripe […] it’s about getting ahead of the recovery. That’s kind of what we’re doing,” he says.

“The problem with the market at the moment is that it is very influenced by macroeconomic and political news. There is a bearish sentiment — a bear market — and that affects good and bad companies alike,” he tells for iupana.

“The market has been unreceptive lately and has treated companies with poor unit economics badly. If Clara or Covalto see it as an opportunity, I guess it’s because they have strong prospects,” he adds.

The challenge, as Clara sees it, is to keep user numbers climbing. The total number of clients across its three markets reached 8,000 in September — after 19 months of operation — and the goal is to maintain the current pace of growth, says Aparicio.

You may also like: 2022’s largest fintech investment rounds to date

Join the global financial technology leaders who read iupana’s Monday and Friday briefings
← Friday Briefing: The digital race heats up in Colombia Friday Briefing: Nubank delves into web3... what does it mean? →
Tweets by iupana