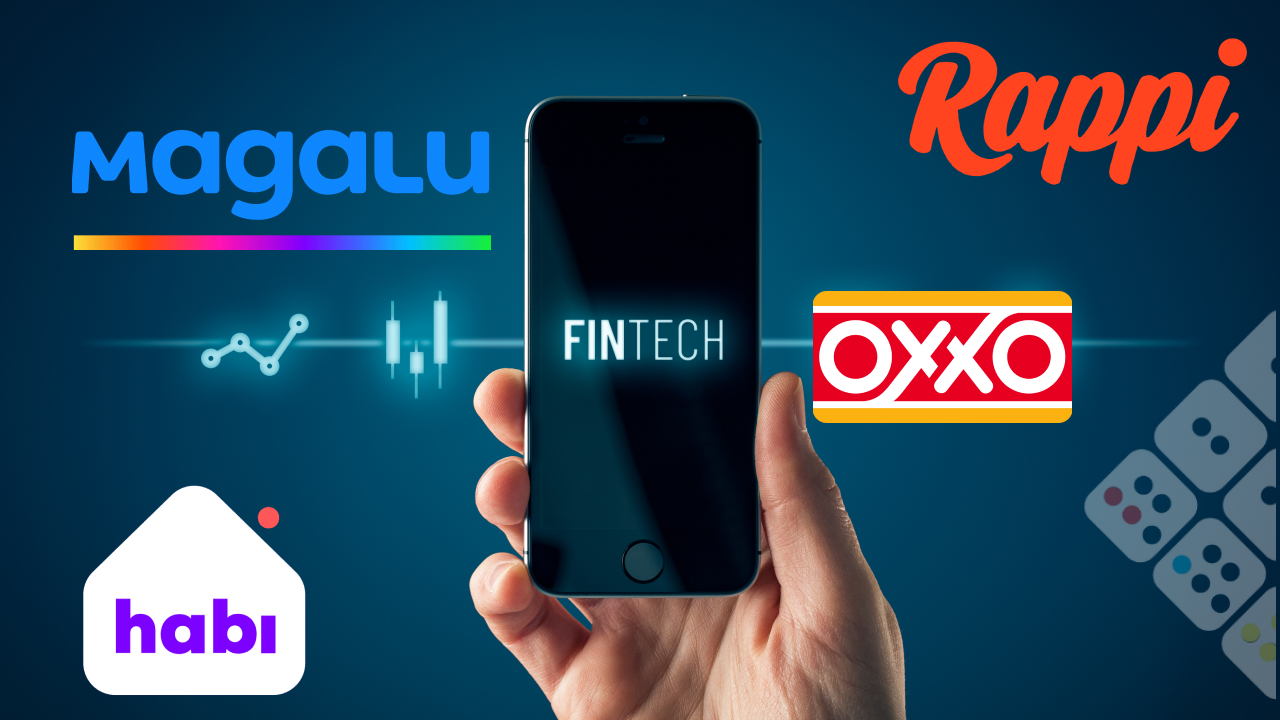 Will everything be fintech? Although their initial business propositions were different, Rappi, Magazine Luiza, Didi, Oxxo and Habi have all launched their own digital finance verticals

An emerging trend for startups in recent years has been the development of digital financial arms to complement their  core business proposals.

Financial transactions are critical to any digital service or product offering and are usually handled by third parties that charge a commission for facilitating the sale or charge interest in the case of credit.

Accordingly, its natural that large delivery and retail platforms would want to launch their own fintech operations to take advantage of the synergies between sales and finance.

As Andrés Carriedo, founder of financial consultancy DesignBanking, said when Rappi presented its digital procurement product, Paga con Rappi: “The money is in moving the money.”

To illustrate this trend in financial product development, we’ve put together a list of five Latin American companies that have branched into fintech to complement their core business.

Spin by Oxxo is the digital wallet operated by Mexico’s most popular convenience store chain. Femsa, the group that owns both brands, launched the application in the last week of December and by the end of 1Q had 2 million customers.

“The value proposition of Spin by OXXO allows customers to send or receive funds using their cell phone, as well as make deposits, withdrawals, bill payments and offers the possibility of acquiring a Visa card to make purchases,” the company told iupana.

Femsa has just inaugurated its technological innovation division under the name Digital@FEMSA and says it is exploring other areas of the financial sector. Spin by Oxxo operates under the auspices of Compropago.

DiDi launched its digital wallet, DiDi Pay, in Mexico at the end of 2020 to allow the platform’s drivers to make and receive payments using the application and request a debit card. The product was also introduced in Brazil under the name 99.

Its next product in LatAm was DiDi Préstamos, which began operations in October last year in Mexico and offers drivers and users loans of up to US$1,450. The loans are enabled directly by DiDi, which utilizes usage data from the app in its risk assessments.

“Our strategy is focused on developing solutions that adapt to the personal and economic needs of our platform’s users,” said Jordi Cueto-Felgueroso, DiDi Mexico’s public relations manager.

The investments allow DiDi to offer financial solutions to the gig economy, a sector neglected by traditional banking.

Brazilian e-commerce giant Magazine Luiza has centralized all its financial products in Fintech Magalu, which it launched in May.

Magalu aims to use the new vertical to offer its fintech products to third parties and take advantage of new business models that are expected to emerge from open finance in Brazil.

“We have the advantage of testing the products internally, deploying and developing the technologies with our own team within the group’s sites,” Leandro Hespanhol, the fintech’s commercial and new business director, said recently.

“But we will also offer it outside the Magalu ecosystem,” he added.

Habi, a Colombian online real estate broker, introduced Habi Credit with the aim of connecting clients with the banks that best fit their credit profiles.

The proptech uses software to automate and organize customer data, increasing the rates of conversion  during mortgage loan applications.

“Additionally, we are incorporating technology not only in the initial profiling but in all subsequent processes, to streamline the evaluation and decision-making by the lender and thus provide the best service to our customers,” said Habi’s financial vice president, Juan Pablo Garavito, in an interview with iupana in June.

The proptech expects to expand its loan portfolio by US$81 million by the end of this year.

RappiPay was the first digital financial product launched by the Colombian unicorn in 2019 and was born from an alliance with the Colombian bank Davivienda and Visa.

Rappi started operations with a food delivery proposal in 2015 and went on to build and expand its fintech arm, launching products such as RappiCard and Paga con Rappi. The former provides credit cards or prepaid debit cards issued by partner banks in LatAm while the latter is a digital acquiring proposition.

“These virtual payment processors will be the new dataphones, like what we do at Paga con Rappi,” said Lorena Sanchez, then global leader of Paga con Rappi, in March this year.

The Colombian superapp achieved unicorn status in 2018 and was valued at US$5.2 billion in July last year.

These five companies mark a trend in the evolution of startups in the region and underline the importance of complementing digital solutions with finance, which is ultimately the core of every business.