The most-used digital wallets in LatAm 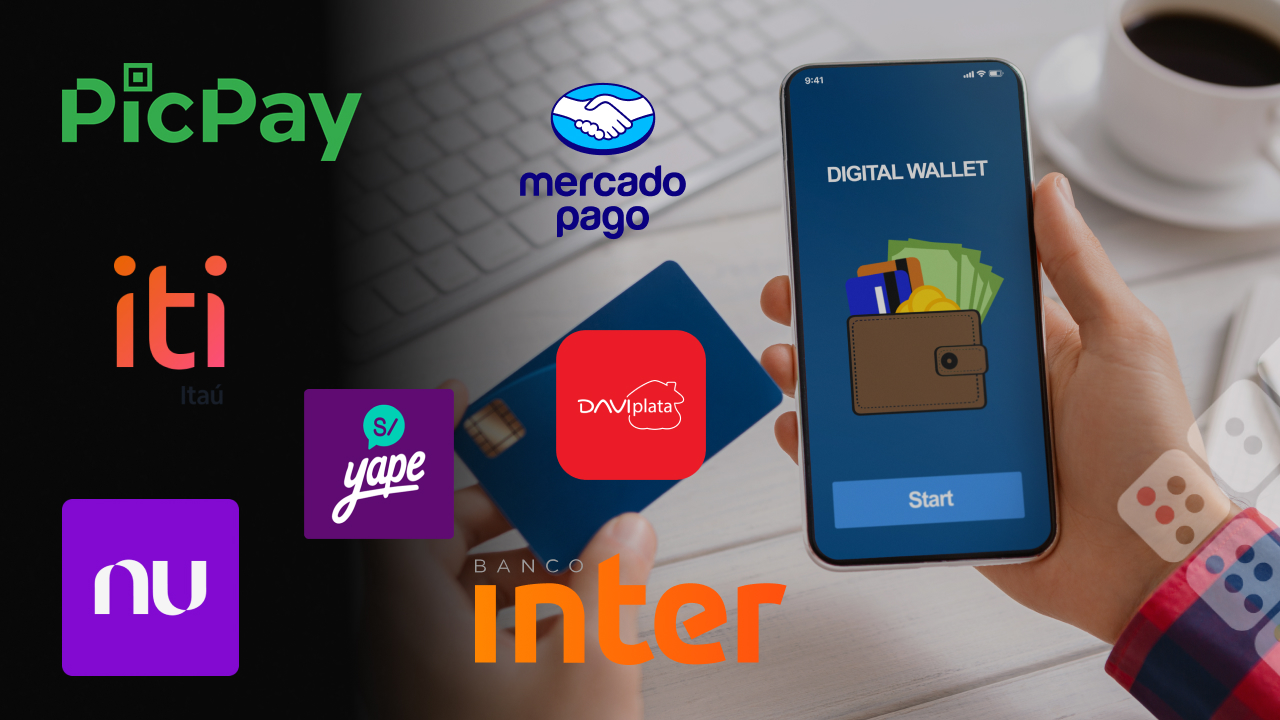 And for the digital banks and fintechs behind the wallets, these apps are an increasingly powerful channel to not just to acquire new customers - but to generate data for more complete credit profiles.

That can help bridge the gap from issuing prepaid or debit cards, to issuing credit cards - something that "is a very difficult transition," Emilio González, country manager for Nubank in Mexico, told iupana in June.

Digital wallets have become a huge tool for payments, everywhere. Last year, digital wallets accounted for 48.6% of the value of e-commerce transactions globally, equivalent to US$2.6 billion. And the expectation is that by 2025 the share will reach 52.5%, according to The Global Payments Report by FIS.

Similar growth is expected in Latin America. With that in mind, we take a look at the most-used digital wallets across Latin America (based on official figures from each company), to give you a snapshot of region's leaders.

With 65 million registrations, PicPay is the digital wallet with the most users in Brazil: the company reports that 30 million people use their platform daily. It's also no longer a fintech - it became PicPay Bank, after the Central Bank of Brazil gave the green light to its license, last month.

Founded in 2012, PicPay was one of the first wallets to provide payments via QR codes. Its proposal was well received and in 2015 Banco Original bought a stake in the company.

2. Nubank: The LatAm wallet with most active users

Nubank, meanwhile, with a presence in three countries, is the digital wallet with the highest number of active users in Latin America.

The Brazilian-headquartered company reported that it had 59.6 million registered users in the three countries where it operates: Brazil, Mexico and Colombia, and the end of the first quarter. Of these, it says that 46.5 million are active customers.

Nubank has added NuPay - to facilitate ecommerce payments - and NuCripto - for cryptocurrency investments - to the services that can be accessed through it wallet this year.

In Brazil, the regulator approved in September the acquisition of Akala, a financial institution that cost the company US$ 3 million. This operation is expected to boost the issuance of credit cards.

Digital wallet Mercado Pago has around 36 million unique active users, according to its 1Q 2022 financial results.

The fintech, which is part of the giant Mercado Libre, has operations in several Latin American countries, including Argentina, Mexico, Brazil and Chile. In addition, it has placed loans for US$ 2.4 billion.

In Mexico, the wallet won the tender for recharging in the public Metro system, a circuit used by 8 million people daily. This does not generate a large amount of profit for the company, but it allows it to attract and retain customers, said Jorge Cabrera, commercial director for Mercado Pago users.

The wallet reached a total payment volume of US$ 25 billion in the first quarter of this year.

PagBank PagSeguro recorded more than 23.5 million registered customers in June. Its solutions are digital financial products such as prepaid, debit and credit cards, as well as investments and business tools.

At the end of June, PagBank PagSeguro launched a credit card with a limit linked to the investment users made on its platform.

"The card can be acquired even by people with negative credit ratings. Therefore, it is a democratic card suited to the Brazilian reality," explained PagBank PagSeguro CEO Alexandre Magnani in a statement.

The company closed 2021 with 13.1 million active users and a credit portfolio of US$ 355 million.

Banco Inter reported 18.6 million users as of last March. Although it was born as a regional mortgage firm, the bank now has a digital proposition that led it to acquire USEND, a cross-border payments fintech.

The digital bank offers financial and commercial products, under the slogan of becoming a super-app.

The wallet enables the possibility of applying for a credit card and personal loans.

Daviplata's revenue comes from commissions on transactions, but lending products are also on the roadmap.

Daviplata has crossed borders and already operates in El Salvador and there are plans to land soon in Honduras.

The Peruvian group Credicorp recently celebrated having reached 10 million users with its digital wallet Yape. It also announced that it will begin to provide microcredits of up to 200 soles (US$ 50) (you read it here, first).