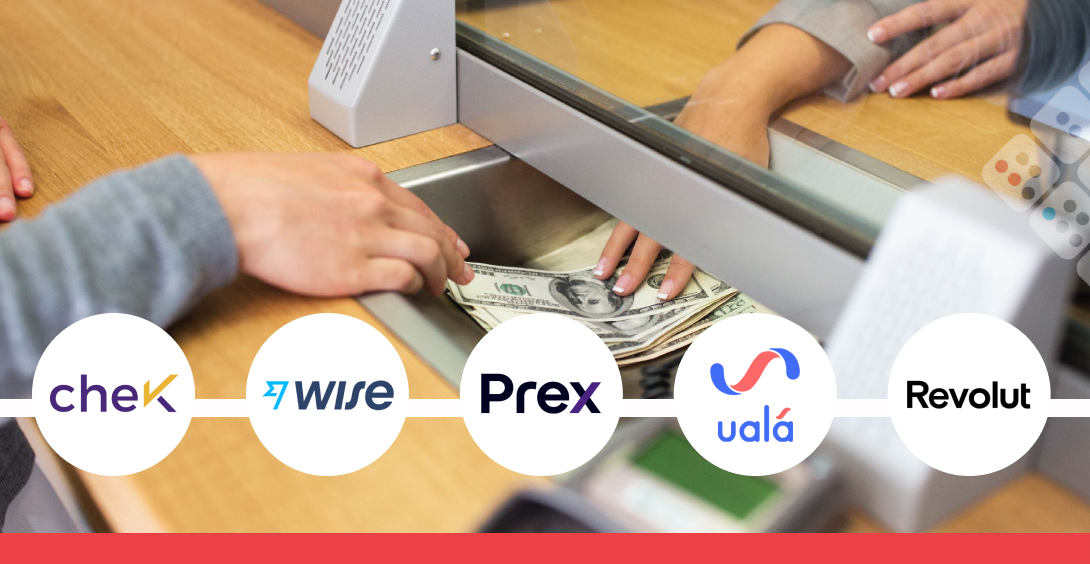 The market for remittances is complex and that makes it ripe for disruption. We present five fintechs that are innovating cross-border payments in Latin America

The digital options for sending remittances in Latin America are proliferating as more and more fintechs and traditional financial firms seek to monopolize a booming vertical that urgently needs immediacy, simplification and digital innovation.

Last year, Latin America received US$131 billion in remittances — a year-on-year increase of 25.3% — and the total for this year is expected to increase by 9.1% in 2022, according to the World Bank.

These record figures that have not gone unnoticed by key players in the fintech industry.

“International remittances in Latin America have become an important market,” Tomás Bercovich, CEO and co-founder of Global66, a fintech specialized in remittances, told iupana. He added that traditional banks and their virtual channels “deliver on transactions for local services, such as digital wallets and means of payment, but fail to satisfy the demand for international services.”

The sector’s glowing prospects have motivated firms including Ripley, Ualá, Revolut, Wise and Prex to venture into cross-border transfers to Latin American countries this year. They bring with them different business models, with some relying on alliances with other companies, to face the challenge of digitalizing end-to-end transfers.

Here are the remittance solutions of these five companies.

Although Chile’s Ripley has its roots in retail, the company is expanding its financial offering with the option to send remittances through its electronic wallet, Chek. The service will be available in the coming months.

Matías Goldsmith, CEO of Chek, told us in September that the platform plans to form an alliance with “an important actor” to provide it with remittance services.

The wallet has more than 1.3 million customers and the alliance will allow customers to send money to various countries around the world, with Chek charging a competitive fee, according to the CEO.

“Obviously it should be cheap for the user, it should be fair, but it should also allow us the complement of a partner and should mean business for them as well,” he said.

The unicorn made an agreement with the remittance company MoneyGram that allows customers in Latin America and the U.S. to make physical cash deposits and then access the money on Ualá’s digital platform.

The service is comparable with a “financial revolution,” Pierpaolo Barbieri, CEO and founder of Ualá, said on Twitter.

“The potential for transformation is endless: more than 90% of remittance flows start and end in cash. That makes them more expensive and less safe. It’s what we have come here to change — to add ease and transparency to the process,” he wrote.

Ualá operates in Argentina, Colombia and Mexico and has more than 5 million users. It bought Mexican bank ABC Capital in November 2021 to expand its financial offering.

You may also like: Financial supermarkets in Chile: Ripley tests remittances and Bice microcredit

The British neobank Revolut chose Mexico as its first destination in LatAm in 2021. Its debut product will be cross-border transfers and will be launched in the coming months.

Revolut wants users globally to be able to move money quickly within a single platform, providing a fast transfer route with low commissions. The company has more than 20 million users worldwide.

This year, Revolut introduced the option for U.S. clients to send money to Mexico without commission and in just 30 minutes. The service allows it to start competing in an important remittance route while it sorts through regulatory requirements for operating from Mexico.

In February, the company told iupana it was evaluating the possibility of acquiring a banking license in the country.

The British fintech has gained prominence with its cross-border solutions and is establishing itself in the two biggest remittance markets in Latin America: It has operations in Brazil and is about to open an office in Mexico.

The company also has a license to operate in Chile and is sending money to Argentina, Uruguay, Colombia and Costa Rica.

“It’s a region with a lot of untapped potential,” Pedro Barreiro, Wise’s head of banking and expansion in Brazil, told iupana in an interview in September.

Wise, formerly TransferWise, employs a strategy in which it limits the movement of foreign currency across borders wherever possible. The company relies on a network of banks in each country to move funds locally, thereby saving time and avoiding high bank fees for cross-border transactions. So, if a user wants to send pounds converted to euros, for example, they deposit pounds into Wise’s UK bank account and the firm pays the recipient from its euro account.

You may also like: Crypto remittances? Wise says not for now

Prex is a digital wallet with operations in Uruguay, Argentina and Peru, and customers can use its platform to make instant transfers between these markets.

The wallet charges a fee of US$0.99 regardless of the amount being transferred.

“It’s a business 100% developed and executed by Prex, which is something that few others have and is very well received by our clients due to its simplicity, speed and low costs — and the commission generates income,” Agustín Gallo, the fintech’s director of growth, said in September.

Traditional players such as Western Union are also making efforts to digitalize the remittance market. The firm told iupana that while users continue to favor cash, it’s expanding its withdrawal solutions to bank accounts and wallets such as Mercado Pago in Mexico.

Completing the ecosystem and digitalizing services from start to finish is an unmissable opportunity for the financial system in LatAm.

You may also like: Through embedded finance, Argentine banks and fintechs see increasing digital lending growth