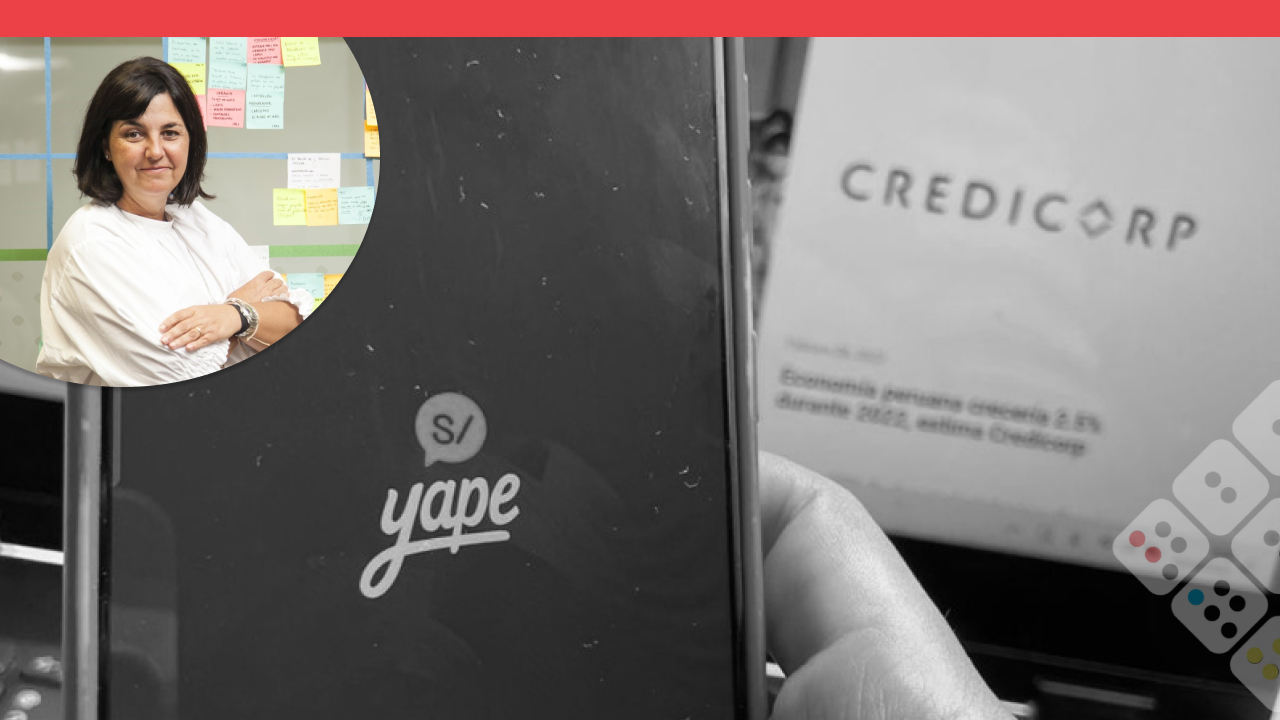 Grupo Credicorp is accelerating investment in digital growth and innovation, starting with the introduction of a credit option for Yape, the country’s most popular electronic wallet, in the next few months.

Providing loans is part of a plan to add new products and business verticals to Yape following a revamp of its architecture last year, Francesca Raffo, Credicorp’s new innovation manager, said in an interview with iupana. The roll out of new features will be gradual so as not to disrupt the experience of the wallet’s users, who are known as yaperos.

“Our next step is to offer personal loans during the first half of this year and allow yaperos to access offers of credit in the application itself,” says Raffo.

The wallet was launched in 2016 by Credicorp’s Banco de Credito del Perú (BCP), the country’s largest lender, initially to streamline payments between customers. The product was opened up to people that don’t bank with BCP in 2020.

As of March of this year, Yape had 8.7 million users, a significant number considering that the banked population in urban areas of Peru totals 8.9 million people, according to a market study by Ipsos.

Raffo said the app has allowed 1.6 million people to access the Peruvian financial system for the first time.

Yape’s ascent is part of a trend of a rapid growth in the use of electronic wallets in the region, which intensified during the pandemic. Bancolombia’s Nequi increased user numbers by 103% in 2021 while Mercado Pago had 34.5 million users by the end of last year.

“We’re trending towards having the ecosystem centralized in one place—the superapp—where financial products start to be transformed, especially for young people who no longer want to go and ask for a mortgage loan at a variable rate, etcetera, etcetera—they want to buy their house already,” says Daniel Aguilar, commercial vice president of Veritran, a technology company.

The innovation strategy led by Raffo is focused on creating new financial products within Credicorp’s laboratories as well as acquiring and incubating ideas and ventures that emerge from outside the group.

Raffo is also deputy head of the consumer and small business divisions of BCP and says that in her different roles within the group she seeks to have a self-disruption mindset, develop an agility-obsessed culture, develop staff with digital profiles and build technological capacity in data and analytics, something that’s also being pursued at Credicorp Capital, the group’s investment banking arm.

Krealo is Credicorp’s corporate venture capital unit and its portfolio includes fintechs such as Culqi and Wally in Peru, which are focused on digital payment solutions and SME financial management, respectively.

“[We are] constantly looking for opportunities to create and/or acquire new digital ventures with innovative investment theses that allow us to complement Credicorp’s present and future businesses,” she says.

Creating and incubating digital products through corporate venture capital is a strategy that other large banks are also applying as a way to form digital businesses that complement their product offering or generate benefits as the fintech industry advances. For example, Itaú Unibanco, Brazil’s biggest private bank, has fintechs such as Paketá and Monkey Exchange in its investment portfolio.

Credicorp’s venture capital unit developed the wealthtech tyba, which operates in Peru, Chile and Colombia. The fintech’s CEO Valdemaro Mendoza recently told iupana about its plans for growth in the retirement savings segment.

Krealo is also seeing success in the Chilean market with digital bank Tenpo, which has signed up more than one million customers during its two years of existence.

Challenges in digital innovation in banking

Raffo was appointed in February 2022 to the newly created position of corporate innovation manager, with which the group aims to hone its disruptive strategy.

One of the main challenges ahead is speeding up both the product development process as well as customer service via digital channels.

“Give the customer differences in your product weekly: better credit card information; make it easier to submit a complaint. The speed which which we implement these things is our main challenge,” says Raffo.

Technology and digital transformation represent a huge opportunity and will be leveraged to reduce operating costs, improve risk assessment and above all the user experience, she says.

“I am convinced that we are on the right track, but we would like to go at a faster pace,” Raffo adds.

Join the global financial technology leaders who read iupana’s Monday and Friday briefings
← Convenience or safety? The key to tackling financial cybercrime Remittances in LatAm are digitalized... little by little →
Tweets by @iupana