Brazilian investment bank BTG Pactual has made its first move into the world of blockchain and cryptocurrency. The Reit BZ “Security Token Offering” (STO) blends a traditional investment format with blockchain distribution – and is set to test how the new financial technology can be applied to capital markets distribution and trading. 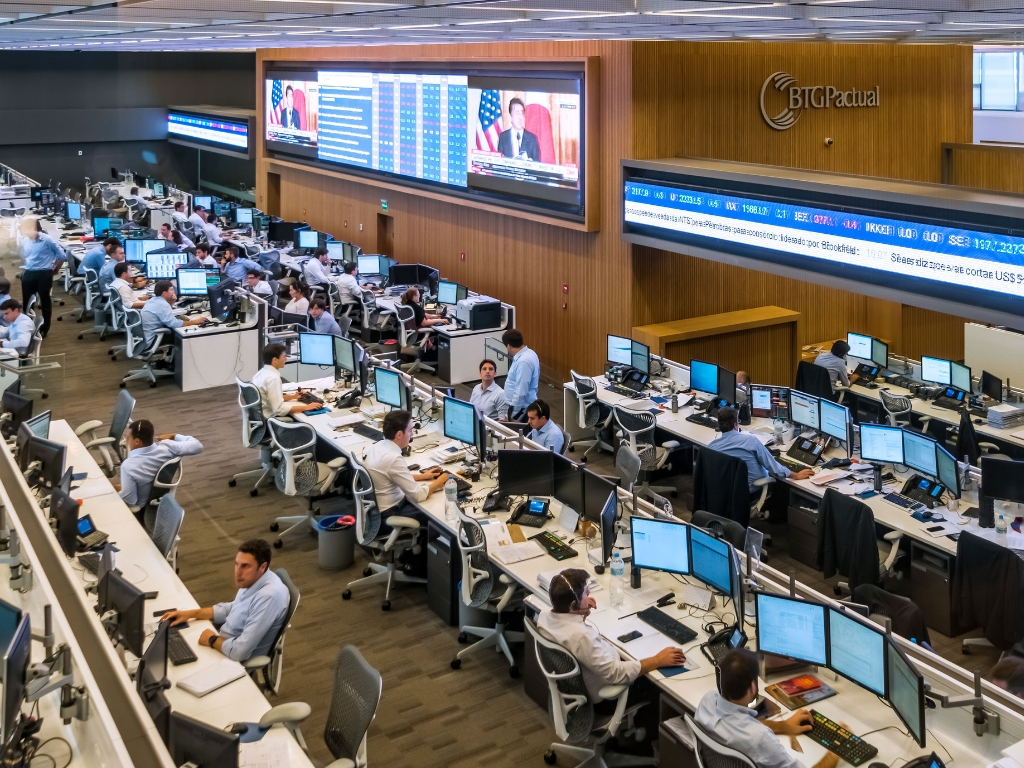 BTG Pactual hopes that blockchain can make capital markets more efficient in future – and it has launched a pilot project to prove the use case.

The Brazilian bank is using a blockchain-based system to register investments in a new real estate fund, ReitBZ. The deal takes a traditional Brazilian real estate investment format and opens it up to a new pool of investors by using blockchain and cryptocurrency for distribution.

The resulting structure is known as a Security Token Offering, or STO.

“With this technology we can be not only much more efficient, but we can also use it to have a global reach,” Andre Portilho, partner responsible for the project at BTG Pactual, told iupana.

Reit BZ is the culmination of two years of research into blockchain by the investment bank. After surveying a range of potential use cases and their challenges, BTG saw an opportunity to make distribution and trading of securities cheaper and faster using blockchain.

The ReitBZ deal is unlikely to be a step towards pure cryptocurrency activity for BTG Pactual. Rather, BTG hopes that the format might be replicated in future deals to allow clients to use a wider range of investment channels.

“Ideally the next stage would be to be able to accept fiat, crypto, whatever means to invest. And that’s what we’re working on. For the average investor, the technology should be invisible.”

BTG Pactual’s STO: how it works

ReitBZ, BTG Pactual’s first cryptocurrency-based deal, is structured as a Security Token Offering, or STO. In its essence, it uses blockchain and cryptocurrency tools to distribute a traditionally structured investment vehicle. 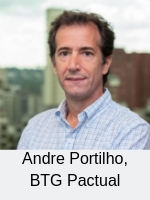 “Security tokens” replace traditional participation tickets in the investment fund. Investors can buy them using two types of cryptocurrency: Ether or Stable Coins, which are pegged to the US dollar.

Reit BZ will convert those funds into Brazilian reais to buy distressed real estate in Brazil.

The STO size will be between $3m and $15m equivalent, depending on investor interest.

The vehicle aims to flip the real estate investments at a profit as Brazil’s overall economy improves. Profits made will be converted back to Ether or Stable Coins and returned to investors.

“Real estate is the type of investment that people are used to globally,” says Portilho. “And we saw a market opportunity, Brazil has a big opportunity for distressed real estate.”

The vehicle’s structure is similar to a Fundo de Investimento Imobiliario (FII), a form of real estate investment vehicle in use for many years in Brazil. Traditionally, investors would use US dollar or Brazilian reais to participate in such a deal.

The Reit BZ Security Token Offering is likely to appeal to investors that are already familiar with cryptocurrency but that fundamentally want to invest in Brazilian real estate, said Portilho. The cryptocurrency element and STO structure are there to facilitate participation in the deal – they are not the investment in themselves, he added.

“It’s a very good investment for people who are already in the crypto space that want to diversify a little bit into a tangible product that can offer good returns,” said Portilho. “But definitely, it’s a real estate product. It’s not for the people who are still thinking in the ICO mindset during the boom, that you’re going to buy something and make 10x, 100x returns.”

In particular, family offices in Asia and Europe, as well as a range of Latin American investors, are likely to participate in this transaction, Portilho said.

For regulatory reasons, the deal is not open to investors in Brazil, the USA or a handful of other jurisdictions. But, if Brazil’s regulations change, BTG Pactual hopes to bring such deals to the local market.

“We are talking with the local regulators in Brazil,” said Portilho. “Not only to show them what we’re doing in a transparent way, but also for them to follow what we are doing because the plan is to do the next one in Brazil, as long as we can figure out how to adapt the technology to the current regulations.”

The initial compliance procedures for Reit BZ are strictly traditional but the blockchain element could make these more efficient in future, said Portilho.

“It’s the same approach that we do for Brazilian clients,” said Portilho. “There’s an onboarding process, they need to send in documentation, fill out forms, and we run anti-money laundering checks and verify their documentation.”

However, smart contracts embedded in the blockchain system will make subsequent activity more efficient, Portilho said. Once clients pass the KYC onboarding, they are whitelisted via smart contract.

“That smart contract itself manages who can buy, who can sell and who can trade the token. It’s more robust than the instruments that we have now. You can really enforce through the smart contract, through the code, that all these people who are whitelisted will be able to buy and sell the token.”

Although the white paper for Reit BZ said there won’t be a secondary market when it first launches, BTG Pactual told iupana it will offer liquidity for the token from the outset.

And in future, smart contracts could make secondary trading easier by tracking each parties’ compliance status, he said.

“Imagine that in the future, we could have several types of token representing different types of investments and products” said Portilho. “Each product might have its own onboarding requirements. For example, one might be for retail, others only for accredited investors. These can be managed by smart contract: some people might be allowed to trade one token but won’t be able to trade another token, because everything will be managed by the smart contract.”

BTG Pactual is also looking at other ways to incorporate blockchain technology into its traditional investment banking processes. It is studying back-office applications, for example. But overall, the investment bank has a cautious attitude.

“We have a very pragmatic approach to the technology,” said Portilho. “We’re not a tech company, we’re a bank. We should use technology to improve our processes and offer the best services to our clients. What I see a lot are blockchain solutions that are searching for a problem.”

This article was updated on March 11 to state that BTG Pactual will offer liquidity for the token from its launch.