In a crowded market, BCI bets on mobile payments dominance 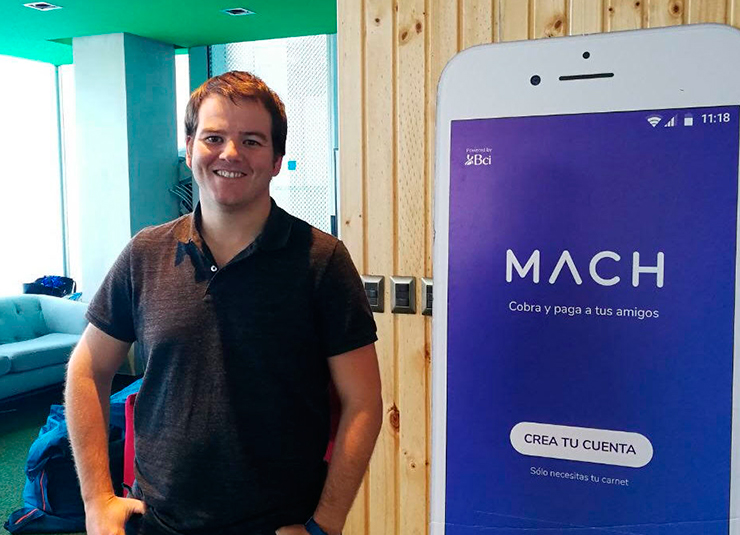 Chile’s mobile payments market is ripe for expansion. A third of the adult population does not have a bank account, yet the country has 26.6 million cellphone connections – roughly 1.5 per person – according to Statista.

And while 23 Chilean startups focus on payments and remittances, according to Finnovista’s latest Fintech Radar, none has managed to reach critical mass when it comes to mobile payments.

Among independent startups, Khipu has a long history, getting its first seed rounds in 2011 and 2012. The app allows anyone with a Chilean bank account to pay for products and services.

Now local lender Bci hopes that its app MACH will overtake Khipu to become a market leader in mobile payments. The advantage that MACH brings is that users do not need a bank account, according to the product’s designer.

“We think that there’s still an opportunity [in mobile payments] and the advantage that MACH could have is that it’s an open solution – you don’t have to be a client of a particular bank,” Nicolás Jaramillo, senior innovation product owner at BCI, told iupana. “All that’s needed is a valid Chilean ID card, a phone number and a smartphone.”

MACH’s user base has grown rapidly since last year’s launch, and it has beaten its goal of reaching 150,000 users by March.

MACH is set to add a new feature later this month: a prepaid virtual Visa card that will allow users to buy goods online. It’s targeting the 70% of Chileans who don’t have a credit card, opening the way for them to make online purchases. Some 70,000 Chileans have already added their names to a waiting list for the new product, said Jaramillo.

“We think that with the prepaid card, use of MACH is going to grow a lot.”

BCI is looking to add further alliances of the kind it has with Visa, to grow the functionality of the platform, said Jaramillo.

Nicolás Jaramillo discusses the process of designing and developing MACH in today’s episode of the iupana conversa podcast. He also shares his view on the future of the mobile payments industry in Latin America. Listen to the conversation (in Spanish) in the player above, or download it in iTunesor through your favorite podcast app.