Amid the market turmoil, Mercado Bitcoin looks to unite crypto and banking services 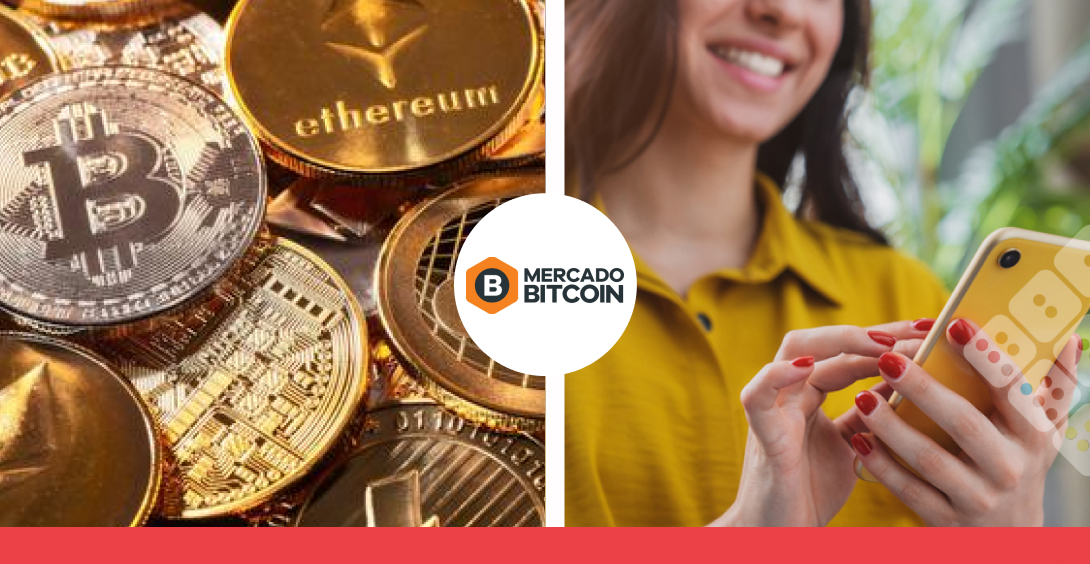 The cryptocurrency ecosystem is maturing and its axis is no longer investments. Instead the focus is in areas such as NFTs, tokenization and the expansion of the blockchain, Reinaldo Rabelo, CEO of Mercado Bitcoin, tells iupana in an exclusive interview

Reinaldo Rabelo, CEO of Mercado Bitcoin, isn’t fazed by the current mayhem in cryptocurrency markets and is dead set on expanding the Brazilian exchange, at home and abroad. In his view, the focus for crypto use cases has shifted away from investments and toward blockchain, as a means to replace financial market intermediaries.

That’s the bigger picture he painted in an interview with iupana, in which he detailed the Brazilian cryptocurrency exchange’s plans for growth and evaluated the industry’s prospects.

The recent collapse of the US exchange FTX has prompted increased scrutiny of companies that provide financial services based on blockchain technologies, at a time when the sector is still reeling from the drop in company valuations during this year’s so-called crypto winter.

However, Rabelo said he believes that financial markets will be tokenized in the future, coinciding with the opinion of Roberto Campos Neto, president of the Central Bank of Brazil. “That means that we are going to replace the digital electronic element, the tools for relating to banks and exchanges, and move to something based on another model,” says Rabel. “I strongly believe in the idea of the tokenized financial market. Campos Neto goes further: he talks about data tokenization to monetize it, and we already see it with utility tokens. Tokenization will also reach non-financial relationships,” he says.

An important step in this jouney will be the approval of the legal framework for crypto. The bill 4401/21, which will regulate crypto trading in Brazil, is still awaiting a final vote in congress. The legislative proposal was approved by the chamber of deputies and the senate, but the latter proposed amendments and returned it to the lower house for its approval. Given that the bill's rapporteur, Expedito Netto, has not been re-elected for a second term, there is expectation in the market that the bill could still be approved this year.

Rabelo says the election of Luiz Inácio Lula da Silva as Brazil’s next president doesn’t change the outlook for the local crypto sector.

“The discussion is at a technical level. Any of the groups that could lead the government from next year are interested and concerned about the crypto issue. A global market is emerging and there are issues that need to be addressed and monitored. That won't change because of who assumes the presidency, because the issues relate more to the Central Bank and the Securities and Exchange Commission (CVM), which are independent and have directors holding longer terms,” he adds.

It may interest you: The Brazilian digital banking trends coming to the rest of Latin America

Cryptobank in the making

Mercado Bitcoin has grown along with the ecosystem. In July 2021, it received a US$200 million investment from Softbank, which made it Brazil’s first crypto unicorn. In January of this year, Argentina’s Mercado Libre announced the acquisition of shares in 2TM Group, the crypto exchange’s parent company, for an undisclosed sum.

“We had extraordinary growth in 2021, along with market developments that allowed us to reach fund investments and even strategic companies such as Mercado Libre. It was an important year for us to reinforce our long-term execution capacity,” says the CEO.

“In 2022, we are executing the strategy as we deal with a near-recession macro scenario and the crypto winter. We are making the necessary adjustments but also organizing teams, people and platforms so that our business continues to be a reference for connecting people and companies in the new digital economy,” Rabelo says.

Mercado Bitcoin is waiting for a license to operate as payment institution (IP) in order to access the Central Bank directly and avoid the use of third parties. According to Rabelo, this provides greater security and comfort for the client. However, before that can happen, the exchange has to start offering traditional financial products on its platform, such as money transfers, cards, and issuing payment tickets.

The idea is to act as a crypto bank and reduce friction for users. “We need to let the customer use the crypto in their account to make a purchase in reais using the card, without them having to worry about converting their cryptos, as we do the conversion,” he says.

Another example  is its investment management arm, MB Asset, which allows users to invest in funds via the platform, in such a way that avoids complexity for the client. "We don't want to be just another investment shopping mall with lots of products. On the contrary, we want to have few funds and to introduce the market to clients that are starting to invest."

The exchange’s strategy to become a platform where customers can carry out a variety of operations is designed to act as a shield against the competition and thereby bolster its position in the market. Today, Mercado Bitcoin strives to go beyond being just an exchange and aims to provide the client with a complete service.

“We always see periods of growth and the appearance of new exchanges. In 2017, when we experienced the first big boom, dozens of exchanges sprang up. In 2018, there were almost 100 and many lacked sufficient financial support. But with the crypto winter of late 2018, almost all of them ended up closing, such as XP, which closed its exchange in 2019. It’s a natural movement, where everyone tries to participate in the market in some way, and it is not so different for us,” Rabelo says.

XP offers investment services and consultation, and is one of the largest independent brokerage in Brazil with shares listed on Nasdaq. "Now that XP has announced that it is no longer a bank, perhaps, it is an opportunity to occupy their space. We have this expectation of bringing to the banking sector what we think is the element of disruption that crypto allows us to have," the CEO points out.

Rabelo says the current crypto winter is different to 2018, “because given the market is now much bigger, the decline is steeper.” The turmoil has scared participants who are not so used to the ups and downs of the sector. “If this winter lasts longer, we'll see a dwindling of competitors, many of whom won't be able to sustain themselves,” he says.

Mercado Bitcoin wants to position itself as a distinct option in the banking sector, one based on the disruptive element of cryptocurrencies. Rabelo says that, since its creation in 2013, the exchange has aspired to create a bridge between financial markets, offering the traditional sector aspects that are relevant in the world of crypto. One of its goals is to become a global operator.

In January, its parent company 2TM acquired a majority stake in Criptoloja, a Lisbon-based digital asset exchange that began operations in Portugal in July 2021. “We have a crypto operation authorized by the Banco Central in Portugal and we are transforming it into the MB exchange in Europe to operate in the European market throughout the next year,” says Rabelo.

The exchange also has Mexico on its radar. “We are waiting for authorization from the local regulator to finalize an acquisition there; we hope it will be this year,” says Rabelo, without disclosing the name of the firm.

Once it has established operations in Mexico, Mercado Bitcoin plans to use the country as a platform to tap other markets. "We believe that the market is increasingly connected," he says.