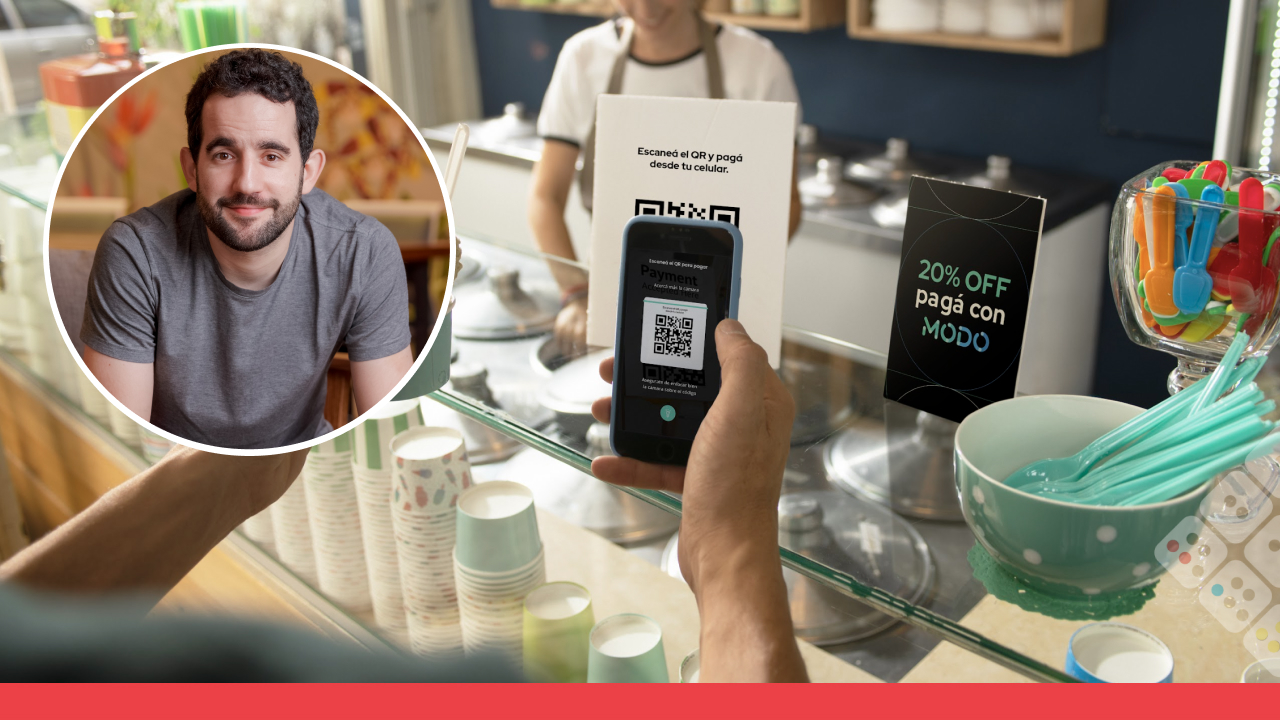 MODO, a white label wallet used by most banks in Argentina, is working on an "encapsulated" payment product that will offer a plug and play experience, says the company

MODO, which offers a white label digital wallet to banks in Argentina, wants to reinforce its strategy as a technology provider for the industry with a new instant payment feature, and potentially, a buy now, pay later product.

MODO markets itself as the wallet of the banking system and aims to go head- to-head with market leaders such as Mercado Pago or Ualá by offering its own digital ecosystem for bank users.

"We are developing an encapsulated product, a closed payments component that you can put whatever colors and typography you want on it, plug into your app and that’s it," Pablo Scoglio, the platform's product manager, tells iupana. “It's a component that's always up to date and integrated with everyone else," he adds.

Wallets and other forms of electronic payments have taken off in Argentina in recent years. Adoption is high  and the market is competitive. MODO’s banking Software as a Service (SaaS) formula has accumulated more than nine million total users since its launch in December 2020, thanks to a partnership between BBVA, Banco Galicia, Macro and Santander.

MODO’s application allows end users to centralize and view their account balances and debit or credit cards from different banks, in addition to making peer-to-peer (P2P) transfers using phone numbers, without the need of a uniform bank key (CBU).

Its product can be adapted and integrated into the mobile apps or wallets of any bank. For example, the wallets of ICBC Bank and Banco Supervielle, which are targeted, respectively, at Gen Z and the over 60s, both use the same MODO payment technology.

Scoglio says the platform offers two types of service: a payment product that comes virtually ready to plug into the banking app; and another in which the bank (or a bank’s fintech arm) can use the firm’s payment initiation solution as a base for further development. Both are integrated by the same APIs.

"We manage the whole payment experience from MODO," Scoglio says. "We develop everything in one place and it is distributed to all the apps, obviously each one with the setup of its brand, its colors, its typography, its experience," he adds.

You may also like: Crypto remittances? Wise says not for now

Buy now, pay later (BNPL) credit is gaining prominence in the region and large banks such as Peru's BCP and Argentina's Banco Galicia are getting in on the act.

MODO, being a payment product, says it can create technology that will allow banks to break up transactions into smaller, deferred payments, although the credit will always have to be funded by the lender.

"There is a trend in the rest of the world where BNPL offers some microcredit for consumption and we are looking into that," Scoglio says.

Allowing users to apply for a BNPL loan through MODO would be another way for banks to capitalize on the app's growing popularity in Argentina. The app also serves as a channel for banks to promote the use of their credit cards and other products.

"We are making a digital flow of what was already on the way traditionally: accessing the bank’s offers in a digital wallet. We are putting together two things that are very powerful," he says.

You may also like: Bice aims to become Chile´s leading BaaS provider

MODO's clients include more than 35 Argentine banks, representing 95% of the country's financial institutions: public, private and cooperative banks, who pay a fee to use the platform.

The platform also allows end users to make purchases in stores using physical and digital QR codes, the latter in alliance with Prisma's Payway and Fiserv's Posnet, the largest acquirers in the Argentine market.

"As a company that is natively integrated with the banks — who are the issuers of the cards and accounts  — we offer competitive capabilities," says the executive.

This synergy with its customers also gives it regulatory advantages.

MODO is viewed by the regulator as a bank and therefore it isn’t affected by changes in regulations for the fintech industry. For example, last December the Central Bank of Argentina issued a series of measures requiring fintechs to hold a cash reserve covering the balance of their users' accounts, a move that was strongly criticized by the sector.

Nevertheless,  Scoglio says MODO strives to keep its operation agile and focused on the user experience, just like its fintech competitors. Its business model depends on greater adoption in digital payments.

Although this is the region’s first experience of banking integration through such a product, it emulates similar initiatives elsewhere, such as bizum in Spain and Zelle in the U.S.

"We want customers to feel comfortable with the relationship with their bank. We want them to stay there, to consume the other products the bank has to offer. This ecosystem, which is more comfortable for the user, is where other revenue streams are generated," he points out.

You may also like: The most-used digital wallets in LatAm