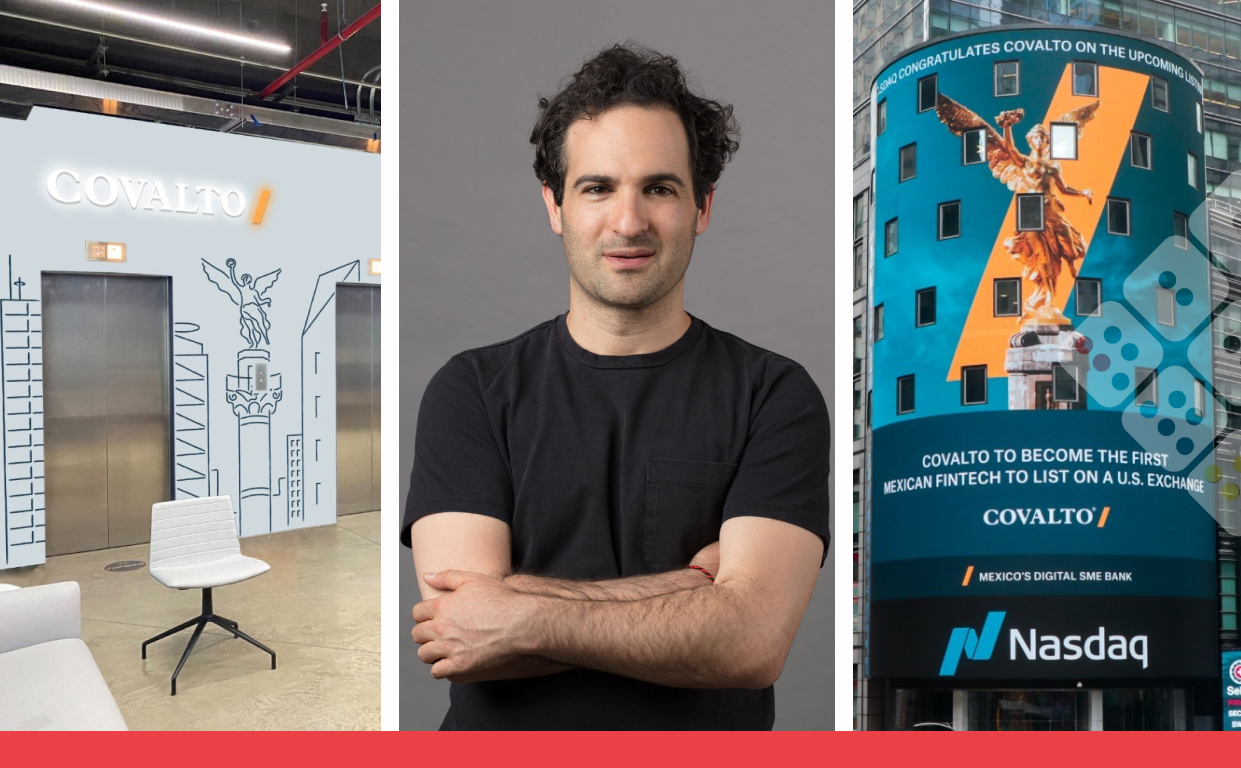 David Poritz, co-CEO of Mexico's Covalto, outlines the SME-focused fintech’s next steps and its acquisition plans, with a view to regional expansion in 2023.

Mexican digital finance platform Covalto is charting a path of acquisitions and investments in other Latin American countries, once it completes its debut on the Nasdaq exchange next year.

This ambitious roadmap is central to its goal of becoming a contender in the region’s SME services sector. In line with this strategy, the firm acquired a bank in Mexico last year, allowing it to offer savings and loan products.

Covalto is an example of how Latin American fintechs are seeking to gain scale in an increasingly competitive industry, where the bigger players are gobbling up smaller ones in order to keep growing.

The deal would make Covalto the first Mexican fintech to list in New York. The transaction is subject to approval by the Securities and Exchange Commission (SEC) in the U.S. and the National Banking and Securities Commission (CNBV) in Mexico.

“It’s an opportunity to give our business more credibility, to achieve two things: to have access to a new investor base, which is public investors,” says Covalto’s co-founder and co-CEO David Poritz in an interview with iupana. “Also, having public shares helps a lot with M&A. It can facilitate the process of talking to companies and potential targets.”

Covalto bought Banco Finterra in June 2021 and the deal was approved by the Mexican regulator in May of this year. It’s part of a trend that experts say will continue to grow, as more fintechs follow in the footsteps of industry heavyweights Nubank and Ualá, which bought financial institutions in order to gain a license for operating in new areas of the financial sector.

Covalto’s future acquisitions will have to tick two boxes: the companies must provide financial services to its core market, small and medium-sized companies; and they have to further Covalto’s geographic expansion. “Today we are 100% focused on Mexico, but in an opportunistic way we are always exploring different opportunities,” Poritz says.

“The reasoning behind becoming a public company is not to expand into other countries, but obviously it will facilitate that possibility,” he adds.

Covalto, which is valued at US$547 million going into the LIV Capital deal, expects its shares to remain stable at around US$10 each in its stock market debut. As part of the transaction, it will receive some US$60 million in investments, half from LIV Capital shareholders and another US$30 million from other investors, Poritz says.

Benefits of a SPAC

Although the turbulence in global financial markets has pushed fintechs such as Ebanx to delay their planned share listings, Poritz says Covalto found a window of opportunity thanks to a positive response from several investors.

“The benefit of a SPAC is that there is a lot of certainty in pricing issues and there is security in access to capital, because in these markets [United States] it is a very good vehicle,” says the executive.

For Poritz, the IPO announcement is a natural evolution of the business. “Being public is not an end: being public is part of the process of continuing to grow the company,” he says.

SPACs are special purpose companies listed on stock exchanges that can acquire companies looking to accelerate their initial public offering.

The use of such vehicles grew by almost 150% last year in the U.S, with 613 IPOs. This year, however, there have been just 70 SPAC transactions, according to Statista.

More than 20% of Covalto’s origination has been done through embedded finance channels this year, and it’s a vertical where the bank plans to put greater emphasis in the coming months.

“I think it’s very important to have a partner, such as a merchant partner, where you can exchange information and data about customers in order to do credit analysis. It helps that process a lot. And the origination costs are obviously lower,” says Poritz.

Covalto has partnered with Uber Eats, Oracle and Microsoft to offer financing to Mexican restaurants and other companies that use these platforms.

“My thesis is that financial institutions and fintechs are going to focus more and more on embedded finance as a strategy, an origination channel,” he says.