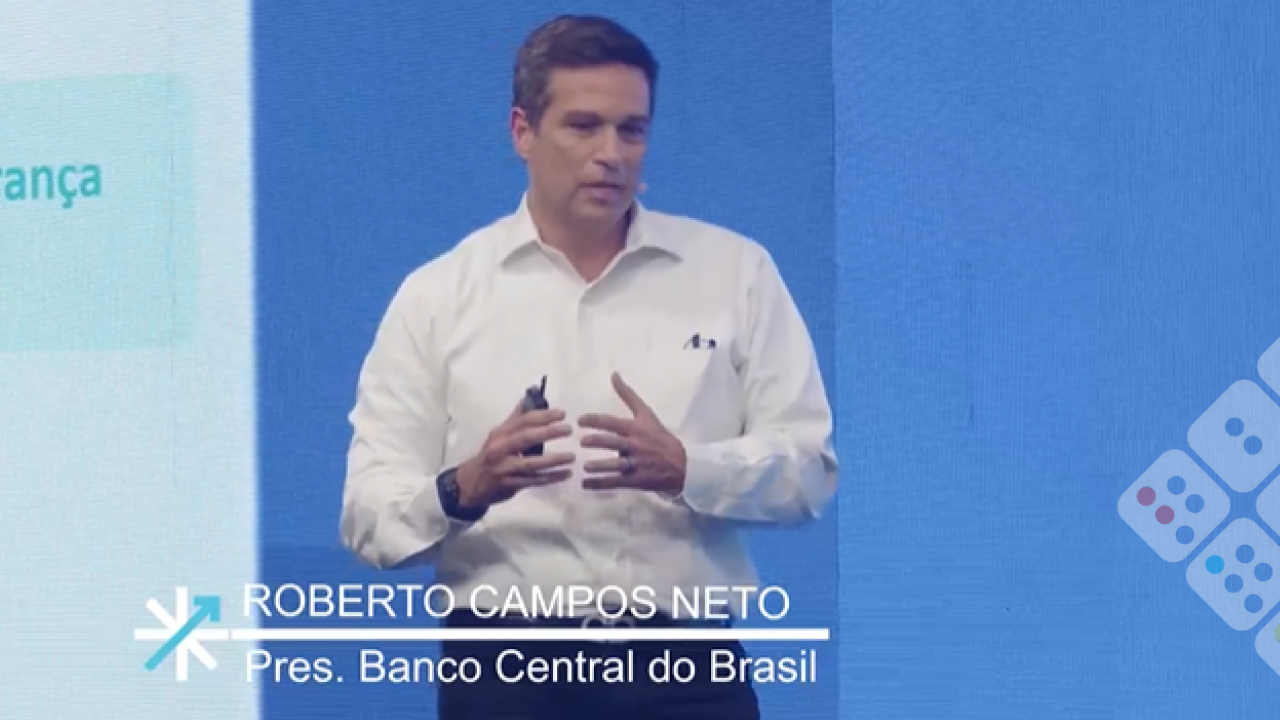 The introduction of Brazil’s digital real and the challenges and opportunities of open finance were among the issues brought into focus as industry experts gathered last week for the Febraban Tech event in Sao Paulo.

After a two year hiatus due to the pandemic, Brazilian industry leaders and international specialists met for three days to discuss where the financial sector in Brazil, and by implication the rest of Latin America, is headed.

Brazil’s central bank may launch its digital currency in 2024 as South America’s biggest economy—like many others—migrates towards tokenization, the bank’s president Roberto Campos Neto said during an address at the event.

The monetary authority sees the digital real giving rise to new business models and playing a more important role than simply a tool for cross-border or instant payments, which are already possible through Pix. The currency will also benefit from the open finance ecosystem and reduce the use of paper money, Campos Neto said.

In the bank’s view, a central bank digital currency (CBDC) is more than just a new payment method: its infrastructure will connect today’s financial services with those of the future, based on blockchain, web 3.0 and new technologies.

“CBDC is a new issue that is still being defined and each country has a different definition. Everyone agrees that a digital currency is an expression of sovereign currency,” said Fabio Araujo, who oversees the central bank’s digital real project.

The digital currency will be focused on retail transactions but not instant payments, which are already taken care of by Pix, said Thamilla Talarico of EY Brazil. The bank “is looking at programmability for payments. CBDC is a fiat currency but in its digital expression, which is different from a cryptocurrency,” she said.

The central bank’s entire innovation agenda—including Pix, the real digital and decentralized finance (DeFi)—converge at a single point, according to Campos Neto.

“What I imagine in the future is opening a cell phone and having accounts, products, all in one place,” he said.

The financial sector is moving quickly to reduce the distinction between digital and traditional banks. Digital businesses have a different view of the customer and banks are evolving to become technological companies, said Fernando Kontopp de Oliveira, CIO of Itaú Unibanco’s card, Iti, and marketplace unit.

That view was shared by Júlio Cesar Volpp Sierra, vice president for the retail network of Caixa Econômica Federal. “When we put the customer at the center of the strategy, there is no way to get the bank off this digital path,” he said.

A case in point is Next, which was created by Bradesco as a 100% digital bank but in the last few years has been implementing a separation strategy. That is leading Next to migrate to the cloud, with the challenge of having its own core, according to its head, Jeferson Ricardo Garcia Honorato.

Digitalization will continue to create opportunities and increase competition, particularly with the arrival of open finance, which makes it easier for the client to compare institutions and represents an opportunity for new players, said Marcelo Flora, a partner at BTG.

The sharing of data under open finance makes security a key concern, as highlighted in iupana‘s Friday Briefing on August 12. The increased exchange of data between different institutions will have to be accompanied by safeguards for customer protection and privacy.

The central bank’s new environmental, social and governance (ESG) standards, which came into force last month, were also a topic of discussion. They require financial institutions to better analyze ESG-related risks in their decision-making and investment processes.

The new rules will require banks to step up their internal ESG controls and also adapt to those of the market.

With the roll out of 5G networks in Brazil, digital banking will begin to operate at a new speed that will influence the user experience as well as software development.

Bradesco said it plans to use the technology in 100 of its branches by the end of 2022. The wi-fi hotspots currently used in bank branches for customer service will be replaced with 5G, according to the bank’s IT infrastructure leader, Wilson Okamoto. The bank’s experience has shown that will allow for a much nimbler system, he said.

“The application response time was reduced from 40 seconds to 5 seconds. Pure 5G really changed the way the service was used. We tried 5G DSS, which uses 4G range, but pure 5G was a different experience,” Okamoto said.