Nubank Mexico in a ‘position of strength,’ says CEO 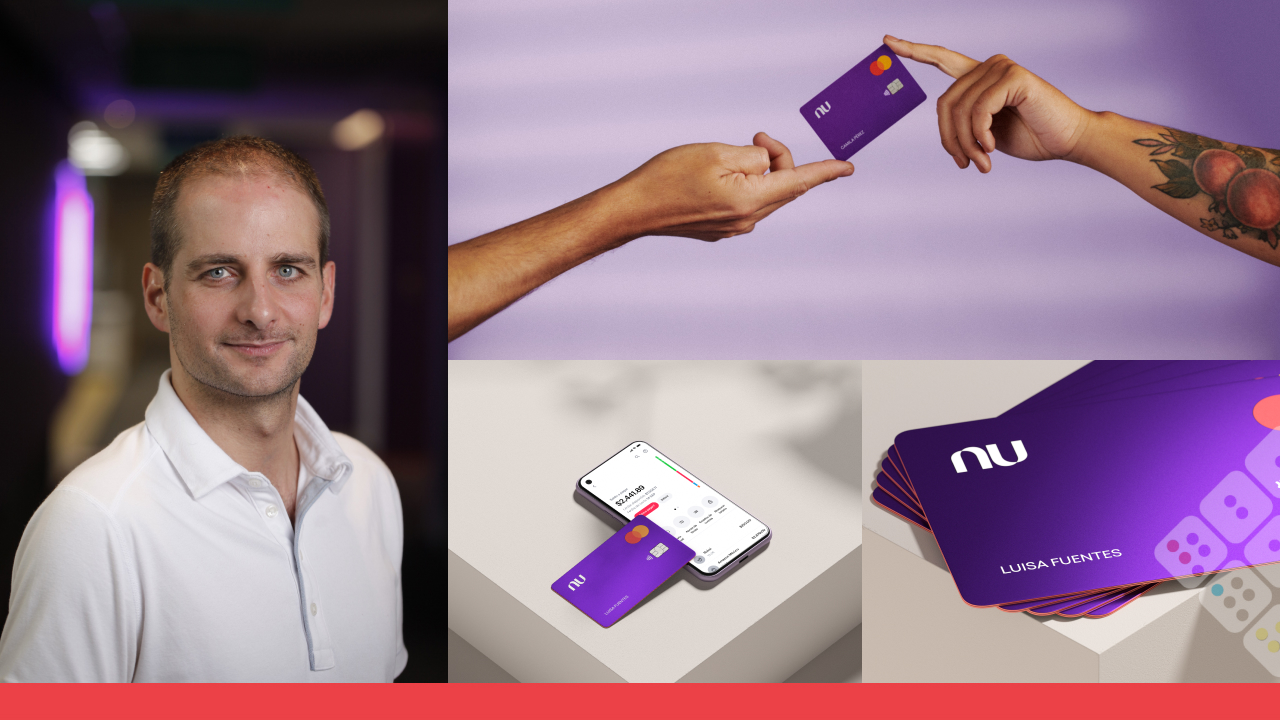 Nubank has sufficient resources and the room to grow faster than its rivals in Mexico in areas such as credit cards, despite the slump in its share valuation and a complex economic situation, says the company’s local CEO, Emilio González.

Nu—as the neobank is called in Mexico—is primarily focused on the market for credit cards with no annual fees or commissions, a strategy that’s supported by an internal risk model and the close to US$2.6 billion it raised in its IPO in December, González says.

“We’re obviously aware of the macroeconomic environment,” he says in an interview with iupana from the city of Monterrey. “We’re constantly monitoring the effect on the loan portfolio […] to see if there are adjustments we can make.”

“But, we’re able to adapt more quickly to changes in the environment because we have a better use of information,” he said, in reference to the bank’s AI-driven data analysis models. “And, on the other hand, we enter this environment in a position of strength, given we’re very well capitalized thanks to our public offering at the end of last year,” González adds.

Mexico is a tough place to compete for credit card customers. Four banks account for 75% of the cards in circulation, led by Citibanamex, according to figures from the National Banking and Securities Commission (CNBV). Fintech firms such as Rappi and Stori are also vying for a slice of the market, offering a digital onboarding process to woo customers in a country where 70% of the population doesn’t use bank credit.

On top of the local challenges, the external back drop is inauspicious. Nubank’s share price has dropped 66% since its debut on the NYSE exchange and few people are expecting a recovery in the near future, as high inflation around the globe pushes up interest rates.

However, Nu sees grounds for optimism in Mexico. It had a local customer base of 2.1 million at the end of the first quarter, 50% more than it had at the end of 2021. González says its monthly card issuance was averaged 233,000 between January and March, compared with 100,000 plastic cards distributed by each of the largest banks according to CNBV data. That’s in a market of 28 million credit cards.

“We can’t offer the credit card product to everyone at this time, although we are always working to be able to offer it to the greatest number of people,” he adds.

Driving these customer acquisition figures is the fintech’s credit model, which is fed by different sources of data that’s then analyzed with artificial intelligence (AI) tools. This has ensured it a low loan delinquency up to now, González says.

“In December 2020, we launched our first version of an internal intelligence model—machine learning—which has already made credit decisions, and we’ve been evolving these models,” says González.

He adds that, while the neobank utilizes information from credit bureaus, it also compares it with the data collected during onboarding and information about the behavior of new users once they begin to make transactions. “Practically every three or four months we have been releasing a new version of the models, as well as adjusting other areas of analysis—how we allocate lines of credit and how we estimate payment capabilities,” he adds.

“We have our own technology that allows us to leverage the information we have, in a much more efficient way than traditional players and make changes according to the new information that we see,” says González.

Nubank entered the Mexican market at the beginning of 2020 and pursued a strategy that included the takeover of a regulated lending company, known as a Sofipo, that would grant it access to a license with which to expand its product offering; just as it has done in Brazil. The acquisition was approved by the Mexican authorities in September. Gonzalez did not comment on which products the fintech plans to launch in the coming months.

The acquisition leaves the neobank in a stronger position than several of its competitors in the e-lending segment. The only institutions authorized to offer savings and loan product in Mexico are banks and Sofipos. Credit fintechs are not automatically authorized to perform banking intermediation so they have to either go down the cumbersome route of applying for a banking license or, like Nubank, acquire an institution that allows them to add credit and savings products to their offering. Similarly, Ualá acquired a small bank in Mexico and is awaiting regulatory approval.

See also: Here’s how Nubank and Creditas are performing in 2021

Competing with other fintechs, banks

Concern about global inflation and economic indicators has tightened financing conditions for startups and triggered a wave of layoffs in the sector as fintechs scramble to cut costs. Nubank, however, hasn’t been among them.

Commenting on the turmoil that has overwhelmed some of the company’s fintech rivals, Gonzalez says many “are going to have to make [credits] to create a sustainable business,” he says.

The executive adds that Nubank continues to benefit from its digital proposal for user experience (UX) that offers simpler and more accessible solutions than traditional banks.

In 2021, the firm invested US$135 million in Mexico. González didn’t disclose its spending plans for 2022. In Brazil, the company is close to breaking even after presenting better results in the first quarter, he says.

“We’ve not announced a specific amount, but we have capital and funding available,” with which it is ready to invest in Mexico and Colombia, he says.

He echoed recent comments by the neobank’s CEO and co-founder, David Velez, who said it is exploring the market for potential acquisitions to bolster its offering, taking advantage of the general decline in tech valuations.

In Mexico, the firm sees growth opportunities stemming from the low level of financial inclusion, the distrust of digital solutions, and the population’s penchant for cash and visits to bank branches, says González.

“We believe that we combine the best of both worlds: among the startup players, we continue to be a more dynamic player, with a customer-centric culture […] but with capitalization that already exceeds that of many banks.”

“And we always have a very clear internal principal, which is ‘we seek smart efficiency’: We are always focused on making the best use of our resources,” González adds.