Cryptocurrencies in LatAm, the struggle to centralize the decentralized 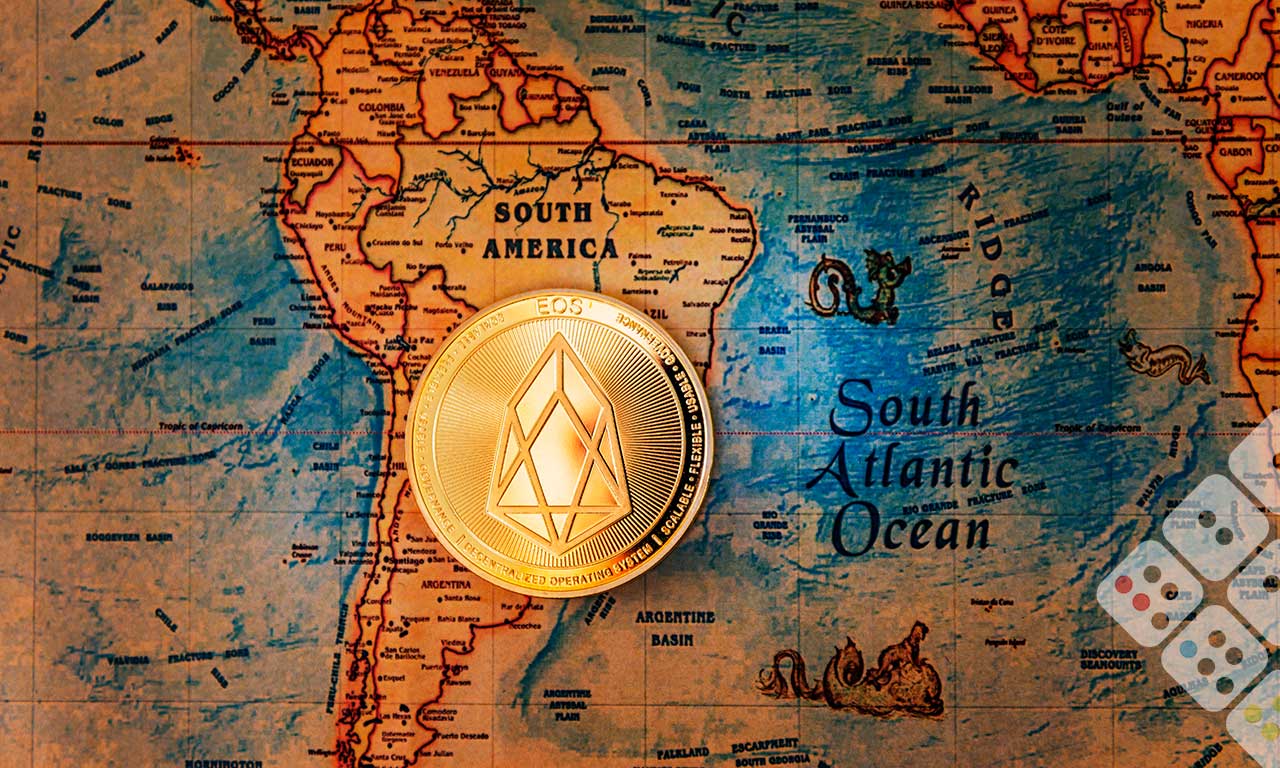 The approval of bitcoin in El Salvador is unlikely to cause a domino effect in the legalization of cryptocurrencies in LatAm, experts say

El Salvador’s recent decision to approve bitcoin as legal tender has spurred a wave of interest in cryptocurrencies across Latin America, as well as speculation about whether other countries will follow suit.

But experts are skeptical that virtual currencies, including bitcoin, will be adopted widely by regulators.

“What El Salvador can offer is a global experience in terms of knowing what happens when you want to make transactions with the currency, because we are also trying to predict the future and we do not know exactly how it will be,” says Hector Torres, a San Salvador-based lawyer specializing in fintech and regtech.

Salvadoran President Nayib Bukele announced the Bitcoin Law in June, which will permit the cryptocurrency to be used in any transaction by any person or company from September 7.

Until now, some businesses and individuals in El Salvador have accepted cryptocurrencies as payment methods, but the main use was in investment and remittances. Still, its use has been growing. Salvadorans transferred US$1.7m worth of bitcoin in small transactions (less than US$1,000) in May this year, according to U.S. cryptocurrency research firm Chainalysis. That was up from a monthly average of US$424,000 in 2020.

Now, although the new law gives a legal footing for the virtual currency, Torres believes that its recognition in day-to-day operations will grow slowly.

“We can’t expect bitcoin transactions to be immediate. There is a very small universe of this cryptocurrency in the country. Many of those that exist do not want to be used for transactions, but this will allow the legislation to adapt to ordinary practice,” he explains.

The lawyer believes that although El Salvador is an example of a “live sandbox” for the region – in terms of the impact of regulation – there are still some challenges to overcome.

The Bitcoin Law, however, could improve access to finance in a country where just 70% of the population is part of the formal system. And, at the same time, it will promote the use of new technologies. It could also position the Central American country as a host nation for technological investment, proof of concepts and disruptive platforms for the use of cryptocurrencies in general.

“We’re going to see all kinds of evidence regarding the cryptocurrency market, very similar to what decentralized finance wants to do. We’re not just going to see people doing bitcoin transactions, we’re going to see crypto investment funds setting up shop here, and neobanks wanting to start operations.

“We could be talking about a potential decentralized finance hub in the world,” adds Torres about what could happen in the next five years.

Weeks after the announcement in El Salvador, Ricardo Salinas, owner of Mexico’s Banco Azteca, supported the use of bitcoin and said that his bank was about to allow its use. Shortly after, Mexico’s Ministry of Finance and Public Credit (SHCP) sent a reminder that no financial institution in the country is authorized to carry out operations with cryptocurrencies.

Under Mexico’s 2018 Fintech Law, virtual assets do not constitute legal tender in Mexico, so financial institutions are not authorized to carry out or offer transactions with them to the public – but they are allowed in internal transactions.

The law gives the Bank of Mexico (Banxico) the power to issue a list of cryptoassets that could be adopted, granting authorizations for those institutions that wish to operate with virtual assets.

But, with an eye on protecting a population with little understanding of how virtual assets work, Banxico has not whitelisted any cryptocurrencies, says Victoria Albanesi, legal advisor to digital economy companies and fintechs.

“The Bank of Mexico has decided that a financial institution cannot carry out operations with virtual assets with the general public, especially invoking the “risks” that this would imply for the population, where there is a very high debt in terms of inclusion and financial education”, says Albanesi.

Banxico’s stance could change in a few years, as understanding grows, she says.

Despite this, the lawyer believes that Mexico is not ready to recognize bitcoin or any other virtual asset as legal tender, and much less consider a digital government currency or stablecoin.

“Due to the characteristics of the Mexican financial system and user behavior – we have a very high attachment to cash – there is a long way to go in terms of digitization of basic payments before jumping to something as sophisticated as digital legal tender,” she says.

Argentina and the taxability of cryptocurrencies

The devaluation of the Argentine peso and restricted access to dollars have driven interest in cryptocurrencies in recent years, according to experts.

But digital assets are subject to taxes in Argentina – and the rules are somewhat cloudy.

In December 2017, Argentina began levying a tax on profits from the sale of digital currencies. However, the tax legislation does not define a digital currency as such, which in the opinion of experts opens it to different interpretations. Another of the rule’s issues comes when it refers to the source of the profit, whether Argentine or foreign – but since bitcoin is a decentralized cryptoasset, the criterion is not applicable.

“The legislator, at the time of making the reform, did not understand much of what he was talking about. The profit law has many gray areas because of a legislation [made] out of ignorance,” argues Marcos Zocaro, Argentine tax expert and author of the book ‘Manual de Criptomonedas‘.

Similarly, another point of discussion is related to personal property tax. The legislation mentions that, starting December 31, if the taxable assets held by a person (meaning cars, house, and cash) exceed the minimum of US$ 11,000, personal property tax must be paid. In the case of digital currencies, the law is silent.

According to Zocaro, some experts argue that it is taxed, while others believe that it is exempt because the law exempts intangible goods. Despite this, he clarifies, the position closest to the national treasury is that digital currencies are taxed in the same way as if they were cash.

In addition to this, a 2019 regime indicates that local exchanges have the duty to inform the national treasury of all movements made by clients, but this is a difficult policy to comply with – and one that is not being fully complied with – because a person may not necessarily go through a local exchange, according to the specialist.

The most recent movement has been the modification of the Provincial Tax Code of Córdoba, where modifications are introduced that affect the taxability of operations with digital currencies in the Gross Income Tax: the total of the sale is not taxed, but by difference between the sale and purchase price; that is, the profit.

“More taxes can be detrimental because, being an activity with elusive characteristics, you can provoke a lot of people to turn to informality. This can be dangerous for the tax authorities, no matter how voracious they are when it comes to collecting taxes,” says the tax expert.

To deal with tax pressure and avoid tax evasion, Zocaro says rulemakers should clarify the regulations, since in practice “an accountant has to make a lot of educated guesses because the law is not clear.”

At the same time, the tax expert is wary of Argentina joining El Salvador in more broad legalization of cryptocurrencies. “There is little training in new technologies by legislators and their advisors, and that is why they are not touching the subject. They don’t have enough knowledge,” he said.

Cryptocurrencies in LatAm, under review

Whether virtual assets should even be regulated generates mixed reactions from experts. For some, a legal framework would clarify the rules of the game; for others, it would restrict the natural course of a currency whose purpose is to change the traditional concepts of finance.

The very decentralization of cryptocurrencies does not necessarily imply a lack of regulation. On the contrary, it is an opportunity for the governments in power to hedge against volatility, generate tax revenues, and guarantee access to the new technological resources, argues Torres.

“Instead of trying to cage the lion, what they should do is create a path for the lion to run along without destroying everything else around him,” Torres says.

For the Central American lawyer, the true spirit of the regulatory framework is to drive blockchain adoption with the aim of reducing the technology gap.

Some specialists in Mexico share the same perspective on the use of the blockchain and its network effect, where the more users in the ecosystem, the greater the benefit for all.

Nevertheless, there are some infrastructure challenges to overcome.

“The bitcoin network is not ready for more than 13 million people to become users, from one day to the next,” says Carlos Valderrama, managing partner of Legal Paradox, a Mexican fintech and blockchain law firm. “There are also usability issues. Without the use of lightning network or another mechanism that allows the reconciliation of payments in a more efficient way, transaction confirmations will be a problem.”

But Valderrama is bullish on the outlook for virtual assets, saying more countries in the region are beginning to look at appropriate rules for their local ecosystem.

For example, a few weeks ago, congressional representative in Panama said he hoped the country could follow El Salvador’s lead.

“We are supporting a group of local legislators who are interested in presenting a legal project for the handling of cryptocurrencies, in order to give SMEs and large companies an opportunity to increase their capital using this type of assets,” says the lawyer.

In contrast, Albanesi argues that any regulatory framework that wants to govern a virtual asset will miss the mark, since the processes of the technology that supports virtual assets exist before and beyond any regulation.

“A law regulating how a decentralized currency works internally is impossible by its very nature, and I think the country that wants to do it is going to fail and do it badly. It will be bad news for all incumbents and players in the sector.”

Despite this, the lawyer considers that a framework that establishes order in the use of this technology in the commercial or financial sector can be regulated. Likewise, a public-private collaboration could be the trigger for a legal project of this nature to be successful.

But finding a regulatory balance to bring a decentralized network into the traditional centralized financial system is complex, to say the least.

“The key for cryptocurrencies to work in Latin America is access to democratization,” says Juan Frers, president of Worldwide TaxNet, an international consulting and research network on international taxation. “What bitcoin seeks is financial inclusion. In the case of DeFi services or decentralized exchanges, they will work as long as they are not regulated,” he says.