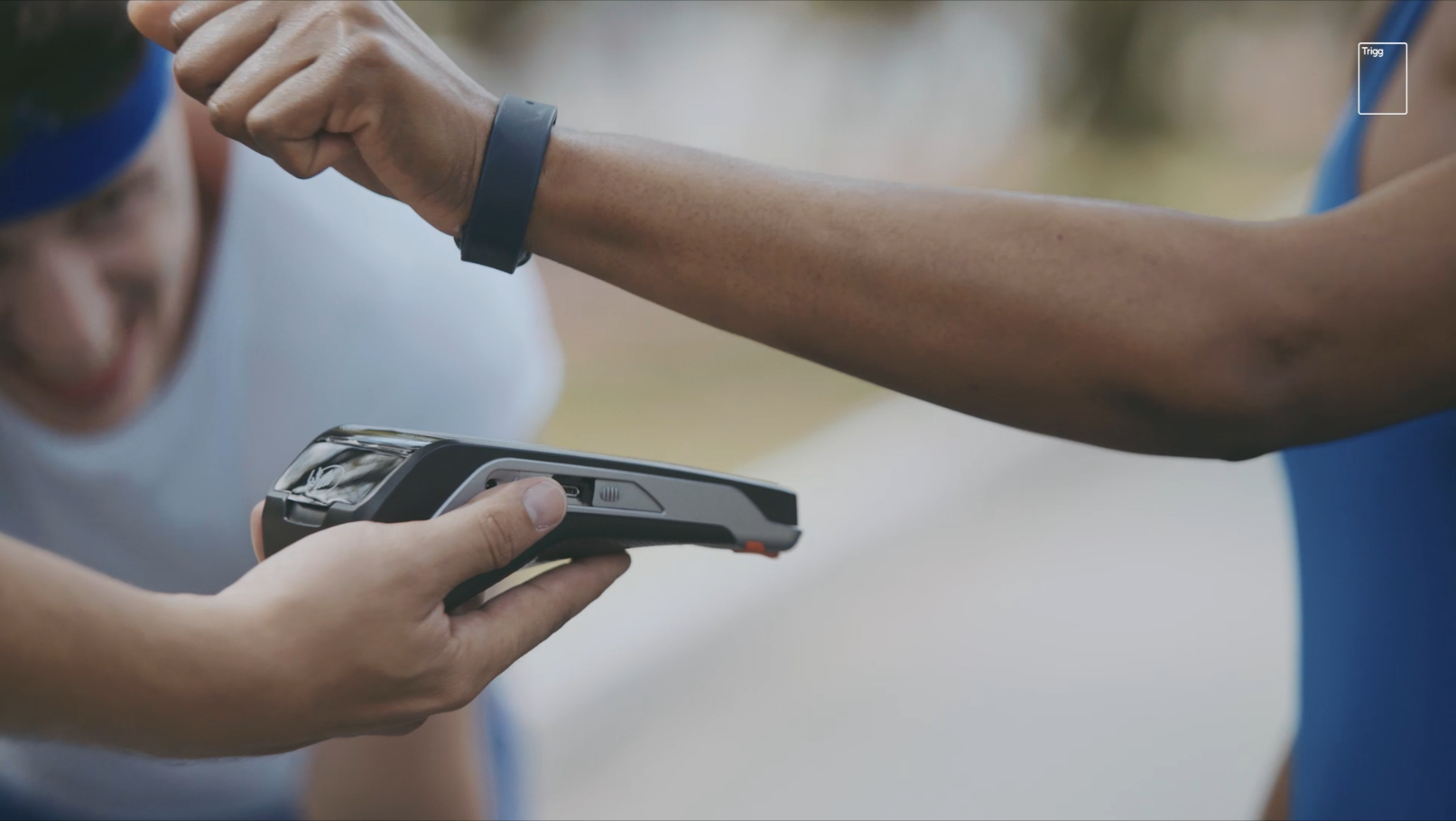 Banks, startups and card issuers are rolling out new contactless payments options to Brazilian consumers after a big NFC push at the Rio Olympics

As financial institutions strive to make paying easier for consumers, several in Brazil are hoping that wearable devices will help their quest.

Visa made the first big push during the 2016 Rio Olympic Games. In partnership with Brazilian companies, such as Banco Bradesco, it distributed wearables to a select audience of customers, celebrities, and athletes. The purpose was to showcase the use of rings, bracelets, and watches to make purchases by tapping them at any near field communication (NFC) technology-compatible payment terminal.

“It was uncertain what the public reaction and acceptance would be, but it turned out very positive,” Alessandro Rabello, product director at Visa told iupana. “Card issuers saw business possibilities and began projects.”

Banco do Brasil launched an NFC-enabled bracelet in June 2017. Trigg, an online credit card startup, launched a similar product, Trigg Band, in October. And Santander followed in November with Santander Pass, a bracelet and a sticker with NFC technology for credit or debit payments.

“Santander strongly believes that contactless means of payment can differentiate our customers’ experience,” said Frederico Botto Trevisan, head of Santander’s credit card and current account area. The bank won’t say how many Santander Passes are in use, nor give details about the proportion of transactions made with contactless technology.

And while he said NFC payments are at an early stage in Brazil, wearables are not just hype: “It is a convenience to the customer and improves their daily lives, as pilot projects with motorcyclists and athletes have shown us.”

So far, 28% of Trigg’s customers have its Band. Trigg was estimated to have more than 50,000 active clients last December, although it won’t disclose official numbers.

“With Trigg Band, we give our customers a different payment option. We don’t believe plastic will die, but it will coexist with other means,” said Marcela Miranda, head and co-founder of Trigg. Miranda sees wearables as prompting a change in behavior. “The clients who own a Trigg Band make 20% of their purchases using the wearable,” she noted.

The wearables initiatives put Brazil at the forefront of the trend, even though they haven’t yet found widespread consumer take-up, said Rabello. “Visa conducted pilots in different countries. After Rio 2016, with issuers launching wearables and contactless payment solutions, Brazil is one of the pioneers.” Australians have been the most eager to use wearables, however, he added.

Similarly, Brazil is behind in contactless adoption compared to Spain, which has contactless cards for a long time, said Santander’s Trevisan. “But we are on a good path,” he said.

Wearables adoption is likely to be gradual, starting with people using the devices on specific occasions, such as while at the beach or out running. To really take off, consumers need confidence that they will be able to pay with a wearable in many different locations.

Brazil has around 3 million NFC-ready points of sale (PoS), covering 80% of all electronic PoS. However, Trigg’s Marcela Miranda noted that smaller providers of PoS, such as Stone and Safra, still need to update their machines. “It can be hard to find an NFC-ready machine outside the large cities. This could be an issue,” she said.