Banks in Colombia, Peru, Ecuador and Paraguay say that they aim to put tech to work for cybersecurity, automation and digital channels

Cybersecurity, automation and digital channels are priority areas for applying technology, according to banks in Colombia, Peru, Ecuador and Paraguay.

Virtually all banks surveyed in the four countries say that cybersecurity is “high” or “very high” priority when it comes to technology, according to a survey of banks conducted by Anif for Felaban and CAF.

Process automation, digital channels and data analytics were also high priority areas for banks in the four countries according to the survey published this month.

Survey respondents were asked to rank a series of technological developments in terms of priority, with five options running from “irrelevant” to “high priority”. And while few of the options were widely voted low priority, some areas stood out.

These graphs show the proportion of bank respondents in each country according to how they ranked cybersecurity as a priority for technology development: 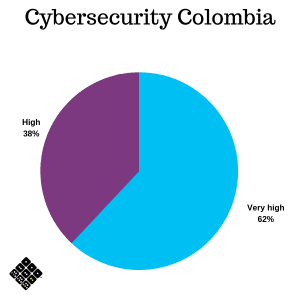 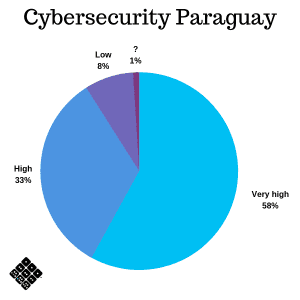 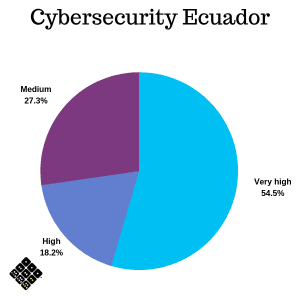 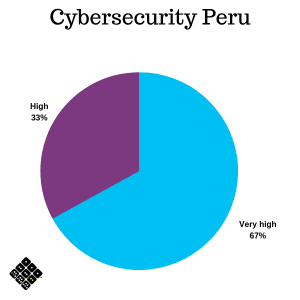 Automation made up another important priority for most respondents in these countries.

The following charts show the proportion of bank respondents according to how they ranked process automation and digitalization as a priority for tech development. 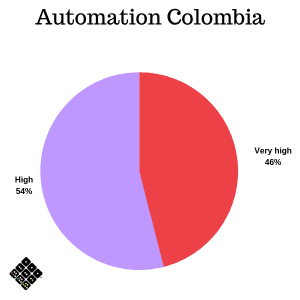 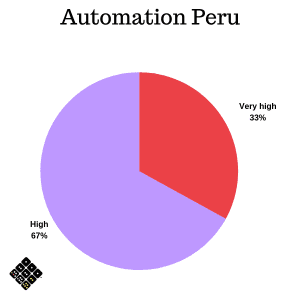 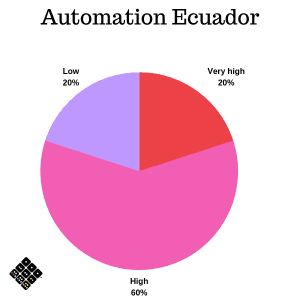 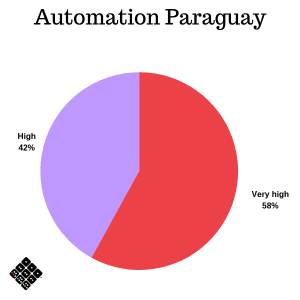 In Colombia, 85% of respondents gave a “very high” relevance to digital channels, digital culture and data analytics. That was more even than than the 62% who said cybersecurity was a very high priority. 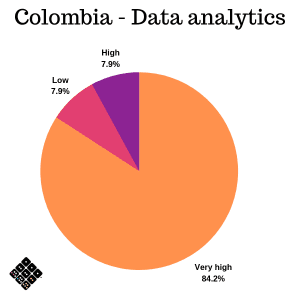 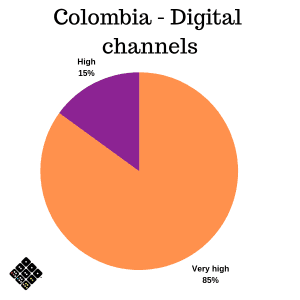 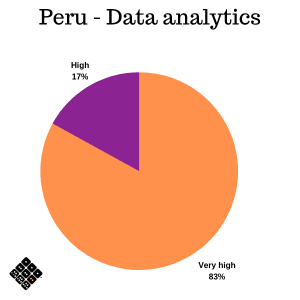 Across all 51 banks surveyed regionally, product innovation and CRM strategy were the lowest-priority areas among respondents. 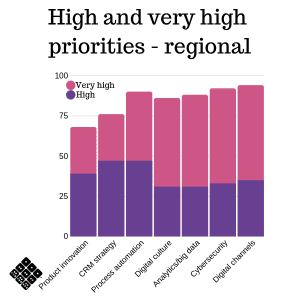 Few banks are leaving those aspects aside altogether – just 8% said product innovation was low priority, and 6% said the same for CRM strategy. Rather, fewer respondents – 29% – marked these areas as very high priority, compared to other areas of business.

While the survey targeted banks across Latin America and the Caribbean, the data offers the deepest look at the banking sectors in four countries. In Colombia, 15 banks responded. They account for some 86% of the country’s banking assets.

From Paraguay, 10 institutions including nine banks and one payments system, responded. They account for 64% of the country’s banking assets.

The full report is available from the Felaban website as a PDF here.

25 November, 2020
In pictures: Payments & E-commerce in the Americas

In pictures: Five Key Insights and One Big Question on Payments & E-Commerce

SURVEY: What is the impact of the novel coronavirus pandemic for LatAm’s digital banking and fintech industry?

Is the growth of big technology companies a threat, or an opportunity, for banks?

12 July, 2019
LatAm fintech insights
Get the scoop on how your peers, competitors and clients are using fintech to get ahead. Leave your details to receive iupana's exclusive, in-depth coverage of banking technology in Latin America and the Caribbean in your inbox on Monday mornings. (You can unsubscribe in one-click if you decide it's not for you.)
Webinars on-demand
You may also like